The One About Halloween Pandora & The Unused Design 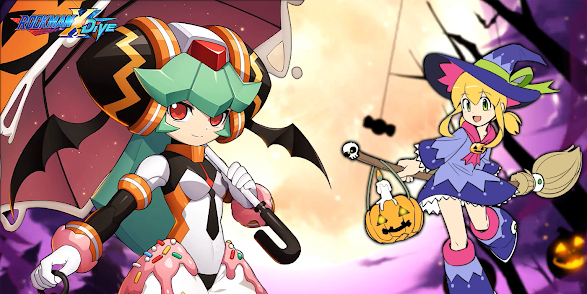 Following Halloween Sigma and Halloween Roll, the third "spooky" character is none other than Pandora. What's more, this week's update includes the return of Rush's Chip Recycling Station and a new guild boss event.
Find all the details after the break!
Halloween Pandora's first active skill is Flying Attack. The attack charges forward and, when playing Arena, you can use this skill to teleport to the location of your target, ignoring terrain.
Her second active skill is Continuous Circulation. This attack releases magic wands that surround her and deal damage to all targets in range.  Afterwards, you can throw the wands at you enemy. With the proper skill card, you can gain an invincible barrier when using Continuous Circulation too.
Some of her passive skills will let her gain enhanced critical damage at the beginning of a stage or when hitting a target with Continuous Circulation. She can gain enhanced critical status to increase CRIR, stackable up to 8 times. 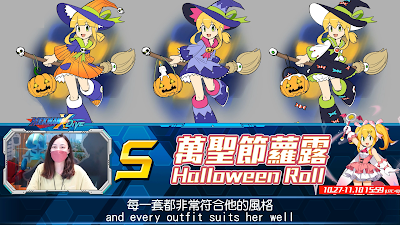 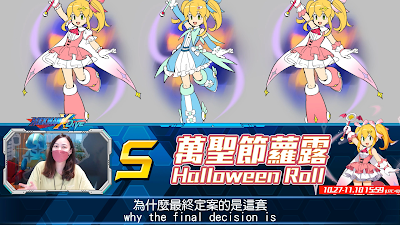 A few days ago Capcom Taiwan gave us a peek at some unused designs for Halloween Roll via their Maverick Information video series. To many fans' surprise, they chose to give Roll a "magical girl" costume instead of paying tribute to her Halloween Roll costume from Mega Man Powered Up.
Let us know which one do you prefer in the comments! 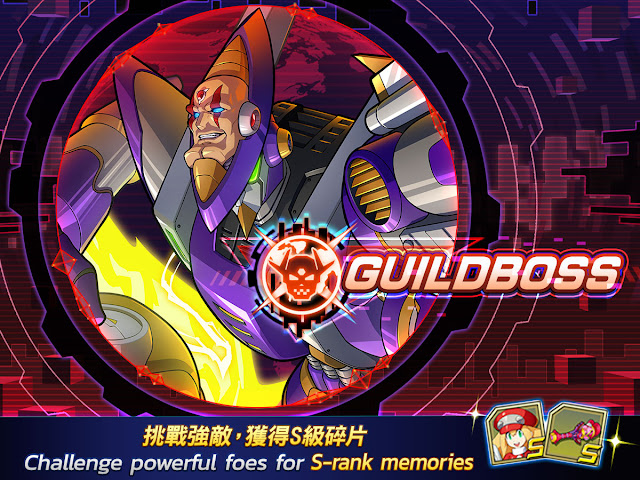 Gunner Sigma is back as the third guild boss starting this Wednesday through November 9th. You can get memories of Roll Caskett and the Heart Spray Gun. On top of these rewards, if you play at least once every day, the developers will send you 250 EM, 200 Weapon Patches and 100 Character Patches.
Lastly, Rush's Chip Recycling Station will be available starting this Wednesday through November 10th.
Posted by Reploid21XX at 10:17 AM