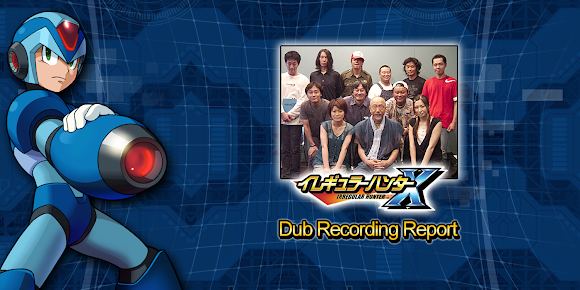 Where does the time go? We're one month away from Irregular Hunter X's 16th anniversary! And to mark the occasion, we're pleased to bring you a blast from the past. Presented for the very first time in English, it's The Day of Σ dub recording report from the game's now-defunct official website!

Check it out after the break below! (Many thanks to Windii Gitlord for the translation!) 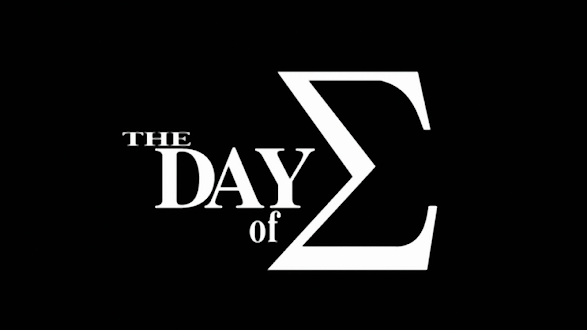 All the splendid cast members are here! Dub Recording Report

PSP game Irregular Hunter X will include an original full-length anime! Many voice actors have joined the cast, including Takahiro Sakurai and Ryōtarō Okiayu.

Here are some of the messages we received from them!

How did you interpret and play the character of X?

Sakurai: I was conscious of the fact that he has a human touch that other Reploids don't have. I thought the character didn't really have the vibe of a fighter, so I dubbed him as a human being, not a cold machine.

Have you ever played Rockman yourself?

Sakurai: I've played them before. They're quite hard...

Rockman fans include many deep-rooted fans from the Famicom generation. Can you say something to those fans?

Sakurai: When it first came out, it had a big impact on me because it was a very orthodox action game, but it also had character personalities and a storyline.

I thought it was a very good game that tickled the users' fancy because it had a high level of difficulty at the same time.

I'm really happy that this game has been released as a series and that I can be involved in it.

It's a great honor for me to be a part of something that I've seen and know, so I hope that people will enjoy it.

I'm sure there are a lot of people who are waiting for the next game, so I hope they enjoy the new Rockman.

Among the many characters in the Rockman series, Zero from the X series is a very popular character. How did you feel when preparing for the role?

Okiayu: I guess there's a contrast with the character of X, but I thought that Zero is collected but excitable, and actually more impulsive than X, as I prepared for the role.

Up until now, you've mainly spoken in-game dialogue, but was there anything that you paid more attention to when recording for this original full-length anime?

Okiayu: In a good way, I played the role as the double-protagonist, not to be outdone by X.

Do you have any message for the many Rockman fans?

Okiayu: I have been playing Zero for a long time since the beginning of the X series, so he is a character I am very attached to.

I'm going to do my best to keep my strength up, and I hope you'll continue to support me. 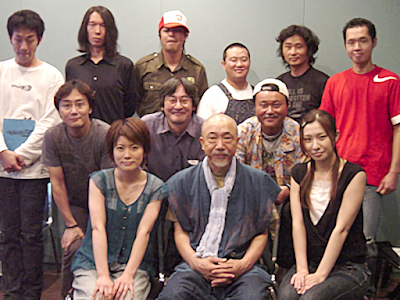 Interview with the splendid cast

Irregular Hunter X is a remake based on the Super Famicom game Rockman X. Do you know about Rockman?

Everyone: We do. (laughs)

Mugihito: I spend more time working on Rockman than playing the games. (laughs)

By the way, do you play games?

Mugihito: If you're from Gen X, you should at least play some games. (laughs)

Thank you very much. (laughs)

For today's recording of the original anime, what did you pay attention to when preparing for your roles? Also, do you have any comments for Rockman fans and Capcom fans?

Mugihito (Sigma): I played the role of a rejuvenated Sigma in the world of Rockman X before the main game, but how young was he exactly? I'm not too sure. (laughs)

To all the fans, please eat properly, take care of your health and enjoy the game.

Shimozaki (VAVA): This is the first time I've played such a villainous role, so I was on edge for a few days before today's recording started.

I was able to play the role under a pleasant sense of tension. Thank you very much.

This is a story that takes place before the main game, so if you play the game again after watching this original anime, you will be able to see new aspects of the story. Please enjoy playing the game.

Asou (Dr. Light): I played the role thinking that I may have been the cause of all this and keeping in mind that I was running out of time and that the rest of the world would have to take care of itself (sorry for being so selfish)....

I don't know how well I was able to understand and express the situation in the time before the main game, but if the people who watch this original animation can enjoy the fact that this is the world of Rockman X, I think it will be worth the effort. I hope you enjoy it.

Ishino (Penguigo): I feel like I spend more time working on the Rockman series than I do playing the games. (laughs)

I thought that Penguigo had the nuance of a guy who plays his role well and works hard, but doesn't have many friends.

What do you think?

Egawa (Operator): I tried to express a Reploid that does not worry, in contrast to the Reploid X who does.

It's all about human thinking. (laughs)

I hope you all get a taste of that. Kobushi (Hunter): In the Famicom and Super Famicom eras, there were no animations, but now there are animations, so you can imagine various aspects of the world, and the answers to your imaginations will become clearer. I hope that everyone will truly enjoy it.

Please enjoy the fact that this is how things have changed since the 16-bit era. (laughs)

Miyazawa (Dr. Cain): I was on life support, so I couldn't use my normal cheerful and cute voice. (laughs)

If you like the game, please have fun playing it without getting sick.

Kageura (Eagleed): I hope that Eagleed can be like a reliable big brother figure to X and Zero.

I think Capcom has done a great job with the main game, so I hope that this original anime will double the appeal of the game. I hope you enjoy it.

Matsumoto (Operator, etc): I did my best.

I got the job because I heard it was a movie scene for a game, but I didn't think it was an original animation...

I hope everyone who plays will enjoy it.

Kazuki (Operator, etc): What I paid attention to was that there was a lot of reporting and communication, so I tried to make sure that I could convey that properly.

I remember playing the Rockman series from the Famicom days.

I think the new generation will also enjoy this game. Please look forward to it.

Kigawa (Operator): I'm sure I'm talking pretty fast and saying some complicated things, so I hope I've conveyed them in a way that is easy to understand.

I think it is quite rich in content, so please enjoy it.