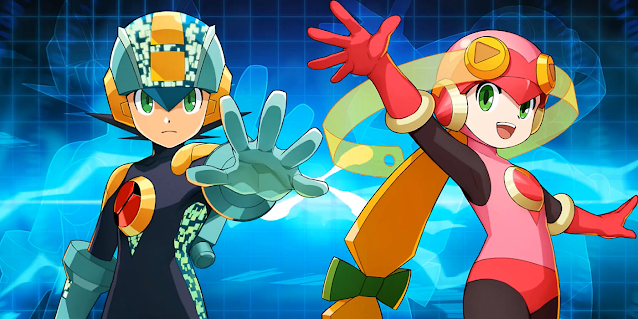 What's more, the "Network Domination Project" event stage features a boss from the series. It's none other than  Life Virus R from Mega Man Network Transmission.

The gacha banner with Hub Style and Roll.EXE, alongside the "Network Domination Project" event stage, will run from this Wednesday through December 8. If we believe what it is shown in the trailer, the banner won't bring a new weapon to the game. Curiously, though, you might be able to see a new weapon in the trailer anyway!

Hub Style's first active skill is Charge Shot. This attack can be charged to unleash a more powerful energy round.

His second active skill is Hyper Burst. An attack that continuously deals damage to enemies within range. By using the skills cards you can change the attack to other classic Program Advances such as Body Guard, Poison Pharaoh and Life Sword.

Her second active skill is Roll Arrow. An attack that can defocus the target and with the appropriate passive skill unlocked the target will miss their next attack 100% guarantee.

One of the skill cards will also let her heal a set amount of HP with every attack. Roll.EXE's game seems to be all about healing, defocusing the enemy and enhancing her defense. 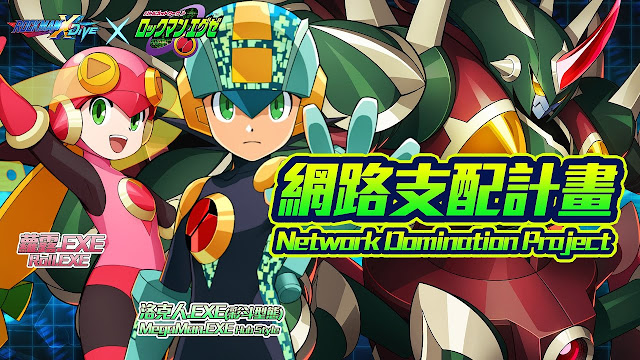 Finally, unlike the first Battle Network event where the boss was Cyber Peacock, this time we have a proper boss from the series, the Life Virus R created by "The Professor".
After this event we enter the Christmas period. What will the game bring us this year? Stay tuned!
Posted by Reploid21XX at 8:55 AM