How (Plush) Servbots Are Made 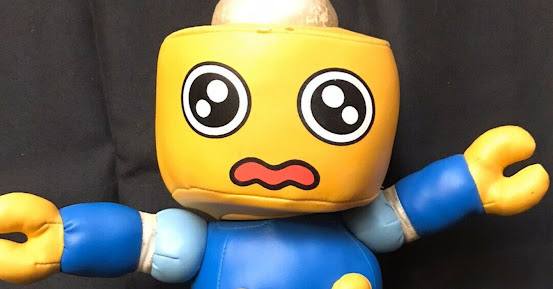 "The Secret Birth of Servbot Plushies" was a single-page document sent to members of Capcom Japan's official Mega Man Legends bulletin board from the Capcom Goods Research Institute. The now-defunct Institute would occasionally send out newsletters with behind-the-scenes look at then-upcoming Capcom goods.

This particular entry charts the design process the anticipated, 12-inch Mega Man Legends 2 Servbot plushies. Twenty years later, they're considered rare collectibles (just look at these prices, man.) Some of you may even have one sitting on your shelf right now.

Read on to learn how these big-little guys came to be!

Capcom Goods Research Institute: To all you Servbot fans, this is long overdue! A new version of the Servbot plushies will finally be available! We've been working on these for a long time... almost a year of hard work, actually. Yes! It took about a year to produce. It wouldn't be a Capcom product without strict supervision!

What was most difficult for us, I think, was trying to create fun gimmicks and choosing the right material. Let's take a look at the prototype and see how it turned out! 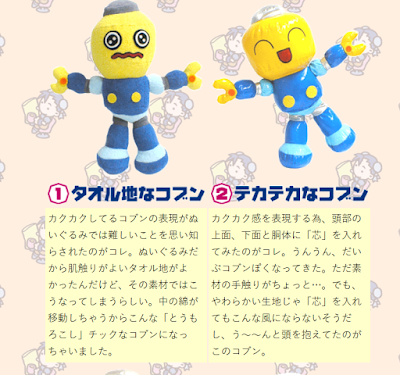 #1 Cloth Servbot - This prototype made me realize how difficult it was to express a Servbot's emotions. At this phase, the Servbot is made from terrycloth, which feels soft and good to the touch. However, the cotton stuffing inside moved around too much.
#2 Shiny Servbot - This version is the result of adding a solid "core" to the top and bottom of the head and the body in order to express a sort of "crunchy" feeling. It's certainly looking more like a Servbot. But the material's texture is a little... strange.  We could try to put the core pieces into a softer Servbot. Let me think... 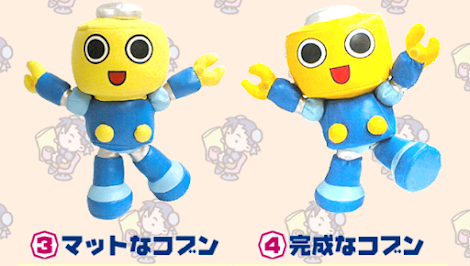 #3 Matte Servbot - The cloth Servbot from before wasn't the only version that was soft to the touch! After a bit of brainstorming, I decided to try a leather-like material for #3. With this kind of material, I can add all kinds of gimmicks!
#4 Complete Servbot - The finished Servbot! Its head turns a full 360 degrees! Plus, its arms and legs can bend for all kinds of poses! Balance, gimmicks and colors are all in the clear. It's been a long journey but it's finally done.

A quick note for everyone who diligently follows the Research Institute. We've decided to sells these Servbots at the Capcom Shop at Fall Tokyo Game Show 2000, which will be held at Makuhari Messe from September 23-24.

There will be three different expressions for sale at 2,500 yen each. We'll also have lots of new Servbot merchandise for you to look forward to.

Also, at the last Tokyo Game Show, we gave away an original neck strap to anyone who spent over 3,000 yen. We're planning another special gift or service for those who visit the Capcom Shop! We're not telling you what it is yet, but we're planning to announce it at the next Institute entry, so just wait a little longer.

Thanks to the efforts of the Capcom Research Institute, these  fellas paved the way forward for all kinds of related Servbot-merch. Fangamer's own Servbot plush comes to mind. If you haven't ordered one of those, do it. It's adorable.

With or without Mega Man Legends games, the Servbots' legacy marches on!