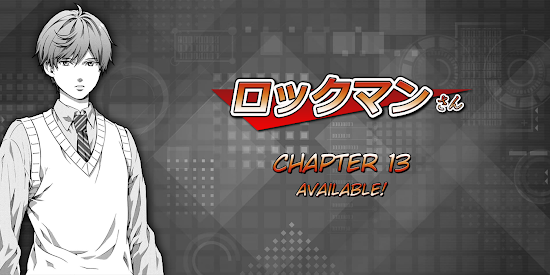 Last time on Rockman-san, Rock met up with Dive Man in the harbor. There, he learns that a submarine of unknown nationality was holding a cargo of full of anti-robot, optical weapons and Buster replicas.

Because the submarine's crew were all robots, Dive Man was certain that they were led by a robot with a cognitive circuit. Dive Man believes this to be a harbinger of war.

And now, in the latest chapter, things have turned serious! Rock must take action against two robots wielding "mass produced" Busters! Hit up the link above and check it out!