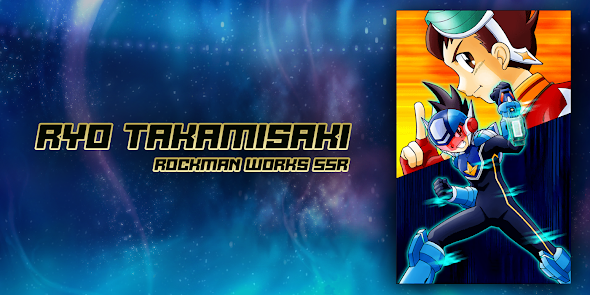 With the next flagship Mega Man game expected to drop next year, 2022 is bound to be a big one. But what better way to kick things off than two manga that were never collected in a tankōbon and a new one-shot manga by Ryo Takamisaki?

Following the release of the Rockman EXE Treasure Box, Fukkan is back with more special Rockman content. This time, they'll be launching a compilation book that collects some of Ryo Takamisaki's manga that were never released in a standalone format.

Dubbed Ryo Takamisaki Rockman Works SSR ("Super Special Rare"), the book comes packed with the Rockman 11 manga and the Ryuusei no Rockman 3 manga, both of which were never distributed outside of their one-time serialization in CoroCoro Comics.

What's more, the book includes a brand-new one-shot manga, roughly translated as "Forte: The Time of Reunion". While the length of the one-shot has not been disclosed, we can deduce this one-shot will be around 100 pages (based on how many pages Rockman 11 and Ryuusei no Rockman 3 have).

You can preorder the limited set here and the regular version here. You will need a proxy to do so.