We Have Secured "Rockman DASH: Great Adventure on 5 Islands!" 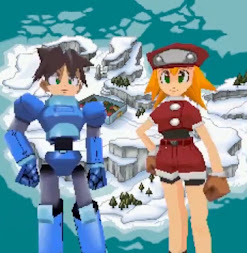 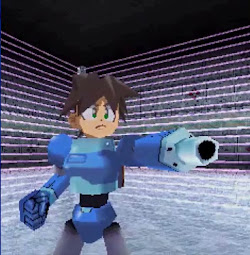 Earlier this year, our preservation team secured Rockman EXE Phantom of Network and Rockman EXE Legend of Network. Those games were exclusively released in Japan on feature phones (otherwise known as “dumb phones") in 2004 and 2006, respectively.

The following guest post by team leader RockmanCosmo will tell you everything you need to know about the"adventure" ahead.

Great Adventure on 5 Islands! was initially released in 2008 via Keitai Capcom’s “Capcom Party” service for DoCoMo feature phones. At launch, only two islands could be explored. The remaining three were released separately as DLC. Unfortunately, the game (and DLC) was delisted in 2018 when Keitai Capcom ceased operations.

The only viable method to play 5 Islands today, in 2021, is to be lucky enough to not only find a Japanese feature phone with the game pre-installed, but that same phone *has* to have an active DoCoMo SIM card. Without these pieces in place, the game is virtually inaccessible to the majority of the world. And therein lies the problem. 5 Islands - like so many old Japan-exclusive mobile games - is at risk of being lost to time because it’s relegated to obsolete hardware.

However, with the advent of our 5 Islands preservation project, we’re aiming to vanquish that predicament. Indeed, we were incredibly fortunate enough to acquire a phone that has the entirety of 5 Islands installed. It’s resting safe in our hands. However, in order to properly preserve the game, we have to overcome a few critical challenges.

First, our phone no longer possesses an active DoCoMo SIM card. Without it, the game is unplayable (see image). However, we were able to dump the phone’s SD card and found many encrypted 5 Islands game files. At the time of this writing, we do not know if these files are corrupted or complete.

Second, future developments and advances from the Rockman EXE PoN/LoN preservation project will directly impact the 5 Islands. Simply put, the pair of EXE games run on the same mobile platform as 5 Islands. We will be able to apply the knowledge, strategies and tech from that project to this one with relative ease.

However, it’s important to stress that it’s not 100% guaranteed that we’ll get 5 Islands off our feature phone and onto a modern PC. Moreover, it's currently unknown if the game files are corrupt. But above all, we have a phone with 5 Islands. That, alone, is a major accomplishment and a substantial step towards preservation. Rest assured, we have a skilled team that’s very much willing to give it their all until the goal is met.

I mean, I can’t stress this enough: this is the furthest anyone has gotten to preserving 5 Islands. I’m excited to see what the future holds for our team. So on that note, thank you in advance for your patience! I hope to report back to you with some positive developments soon!

Posted by Protodude at 8:00 PM