Here comes a new challenger! Completely out of nowhere and without so much as a heads up, Capcom Japan and Capcom Taiwan announced this morning that, following the Monster Hunter collaboration, Rockman X DiVE will cross paths with none other than Street Fighter V.
Check out all the info after the break! 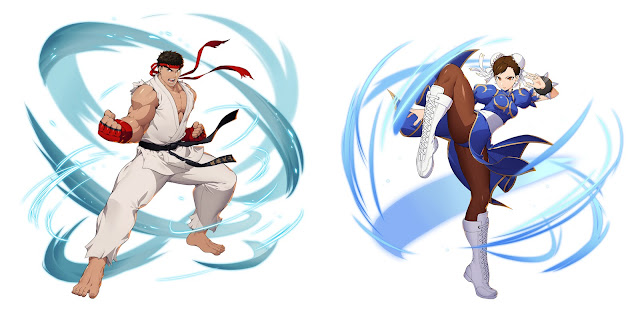 The Fist of the Raging Demon event will start on September 29 through October 13. It will bring  S Rank characters Ryu and Chun-li to the gamne with Akuma as the event stage boss.
Although there's still one week left for the gacha and event to be available, the "Fighting Mission" event starts today, allowing players to collect "Fight Ccoins". Fight Coins can be earned from missions such as "Research 30 times" or "Send AP to friends 100 times". You can see the full list of missions here. 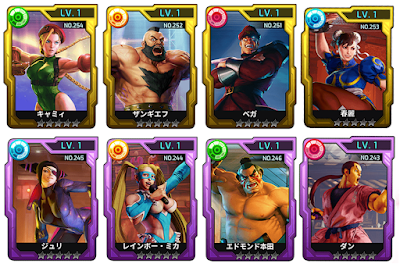 Dan's card can be obtained by sending AP to your friends 100 times. Chun-Li's card is unknow at this time; the rest can be obtained by buying Champion Crates with Fight Coins from the shop. The content of the crates will change each week. For more details head over here.
While Akuma has been confirmed to be the boss of the event via the Japanese media, the development team have yet to make any announcement in terms of him becoming playable during the event's second week. Knowing how things work in the Deep Log previously, however, you can bet that RiCO will find a way to make him playable!
I can't say I was expecting another Capcom collaboration so soon. What's next? Resident Evil? Let us know what you think in the comments!
Posted by Reploid21XX at 5:26 PM