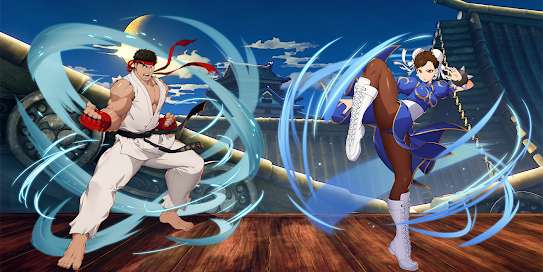 Following last week's announcement that Ryu and Chun-Li were headed to Rockman X DiVE, the dev team today brought us our first look at the pair in action.

You can find the trailer and all relevant info after the break!

Ryu's first active skill is Shinku Hadoken. When Ryu is in Denjin status, Shinku Hadoken will be enhanced as Denjin Hadoken and will cause more damage, rendering the target immobile.

His second active skills is Denjin Renki. When activated, Ryu will deal more damage and your weapon has a chance to render the target immobile.

He's all about performing high damage plus one of his passive skills heals him, too.

Chun-Li's first active skill is Spinning Bird Kick. This classic Chun-Li move will damage all targets in her way and provides invincibility during the move. With the proper chip equipped, she will gain speed after using this attack. It can be stacked up to 3 times.

Her playstyle is all about gaining speed. This will affect how much enhanced damage/defense she gets from her passive skills. 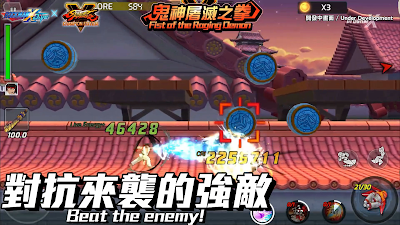 The stage is set in Susaku Castle, best known as Ryu's stage throughout the Street Fighter series. Players will be tasked to collect the "Force of Hadou" item in order to reach one of the completion stars.

What's more, the classic bonus stage "barrel breaker" from several Street Fighter games is also present. However, it features none other than Rockman X 's enemy Spiky as the barrels! But that's not all! The stage has Metalls dressed as Blanka, too! 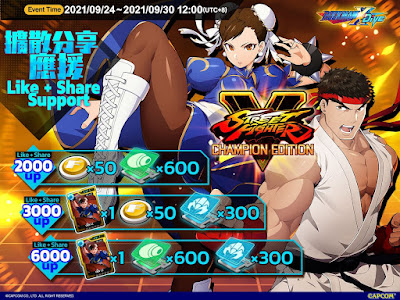 Finally, if you are comfortable with leaving your player ID on the developer's official Facebook Page, do so before September 30 at 12:00(UTC+8) to get two copies of Chun-Li's card, 100 Fight Coins, 600 Character Patches and 1200 Weapon Patches.

The fight is about to begin! Enjoy it and stay tuned for news about a potential third playable character!