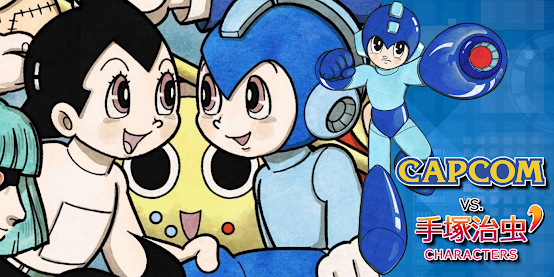 The Capcom vs. Osamu Tezuka Characters Art Exhibit, which originally ran last fall through early 2021, is back! And this time, the exhibit is moving to a new, more accessible location. It's leaving the famed Tezuka Osamu Manga Museum in Hyogo prefecture to Tokyo. 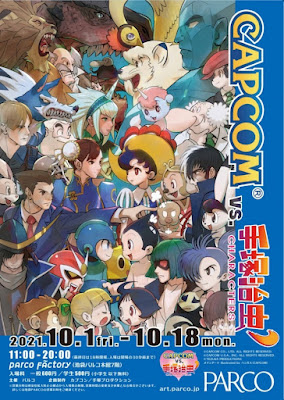 In pure Capcom fighting game tradition, the exhibit's return has been denoted with the word "Dash". It will take place from October 1st through October 18 in PARCO FACTORY inside the PARCO shopping center situated in Ikebukuro, Tokyo.
In additional to all the pieces shown at Tezuka Osamu Manga Museum, the updated exhibit will host a new corner dedicated to the Devil May Cry series. Further, there will be a special corner to commemorate the 20th anniversary of the Ace Attorney series. It will feature new artwork and a special illustration drawn by Tsunogai based on a Shu Takumi’s original draft.
More than 90 goods will be sold in the shop corner including new items such as duplicates of original art with autographs of each creator. 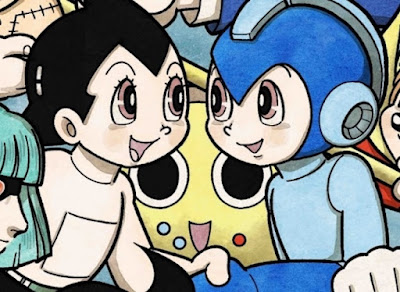 In terms of Rockman... nothing has been announced. But the original key art for the exhibit drawn by Bengus will be reinterpreted by Tsunogai. You can see a preview of that above! It even has a Servbot.
If you desire to know more details about the location and price, head on over here!
Posted by Reploid21XX at 10:21 AM