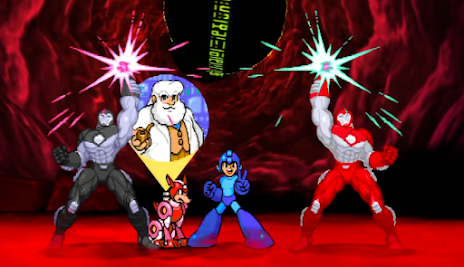 Whether or not you've been following the #FreeMvC2 movement, here's some potential good news for fans of Capcom's classic fighter...

In an interview with GamerHubTV, Digital Eclipse studio head Mike Mika confirmed that talks are currently underway between Capcom and Disney about a potential Marvel vs Capcom 2 remaster.

“The reaction was incredible and I know that both Disney and Capcom have seen that loud and clear," said Mika in response to the #FreeMvC2 campaign. "We’ve begun some discussions on that right now and we’re trying to see how far we can go."

That's all well and good - yes. But, as Mika goes on to point out, there's a few barriers to consider.

For one, the Capcom/Marvel license will have to be sorted out. And two, the budget and resources needed to get the game running on modern machines has to be carefully calculated. But if it's a question of financial viability, I don't see a cause for concern. Remember; a Marvel vs Capcom 2 remaster was the most requested product from Digital Eclipse's investors. The prospects of said remaster even helped raise over $10 million for the studio.

Digital Eclipse is best known to our readers for their work on the Mega Man Legacy Collection. The studio would go on to produce Street Fighter 30th Anniversary Collection and The Disney Afternoon Collection. But before all that, in 2009, they were behind the PlayStation 3 and Xbox 360 port Marvel vs Capcom 2. The port was de-listed from storefronts in 2013.

As exciting as all this sounds, it's important to bear in mind that neither Capcom or Disney have commented the possible remaster or the #FreeMvC2 campaign. But given how fast things are (seemingly) coming together, well, it could only be a matter of time.

Keep on fighting the good fight and #FreeMvC2!

Posted by Protodude at 8:34 PM