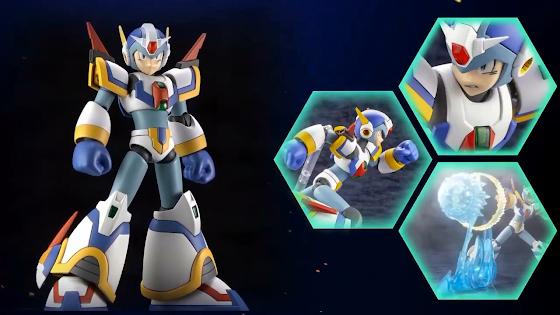 Since it began in 2019, Kotobukiya’s Mega Man X kits have been a really fun line to collect. When they first announced that they were developing the Max Armor (i.e “Third Armor”), I knew this line was going to be special.

So with my favorite X Armor under their belt, what did Kotobukiya do next? Why, my second favorite armor -- the Force Armor (or Fourth Armor) of course! And, really, I was completely blown away. Not only did Kotobukiya have the same taste as me, but the build quality continued to be amazing. Check out my review after the break! 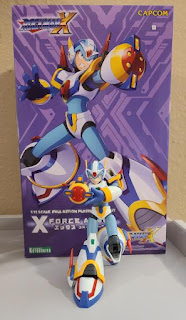 This kit makes every effort to perfectly replicate the official art and game sprites. All the gems are translucent, giving the figure that extra pop. The individual pieces are color-separated, so you don’t need to worry about hand painting anything in order to achieve a good look. You can, however, paint it if you so desire and that will bring an extra personal touch, whether you’re adding finer details or painting the whole thing with a new color scheme, top to bottom. Having the choice and ability to easily customize these kits is definitely one of the highlights of this line.

By default, the blue colors used on the Force Armor are a bit darker than those on the base X and the Max Armor kits. Keep that in mind when mixing and matching. 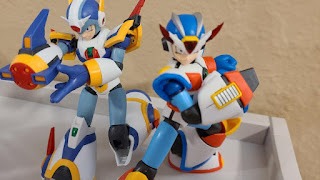 The kit’s poseability is very good. It’s easy enough to get X into all sorts of poses. The only limit is your imagination! 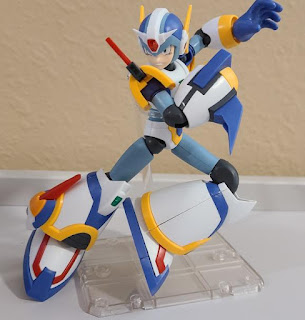 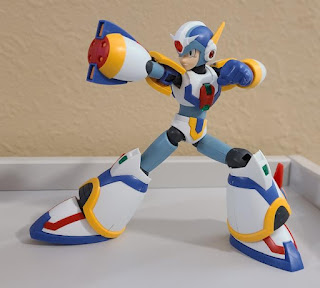 Want to know the one thing that this guy brings to the table that other X kits lacked? A smiling face! I don’t know about you, but that was a huge highlight for me when that was revealed. This faceplate shows a side of X that official merchandise doesn’t touch on enough. I am very happy to have it, and it can be used with any of your previous X kits, too. 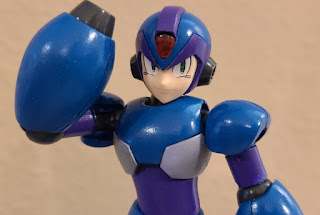 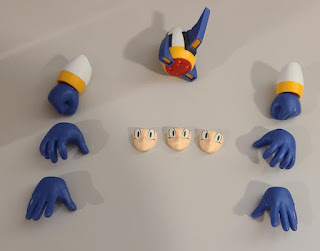 Speaking of fins, the Force Armor has plenty of ‘em to go around. While most fins are no problem to assemble, I implore you to use caution with the ear fins. During assembly, the ear fins have been known to snap; an issue I’ve heard about more than once. Just take your time while assembling the ears and inserting the gems, and you should be all set. 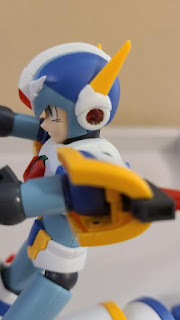 To wrap things up here, this kit is excellent. It nails the look of X’s Armor from X4 (and X5!) and looks great on your shelf. I’d say that this kit is an intermediate level build and will probably set you back a few hours. I also highly recommend getting a model kit tool kit (this is the kit I use) to more cleanly get rid of nub marks. Just take your time and have fun!

The next major release is the Second Armor from Mega Man X2; pre-orders are already available for Second Armor, and it is set to release in January 2022.