We Have Secured Rockman EXE: Phantom of Network and Legend of Network 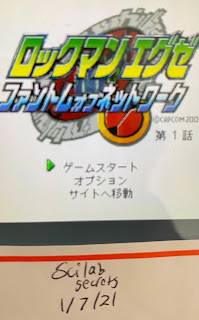 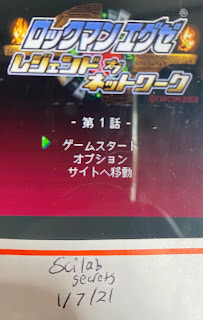 For more than a decade, Rockman EXE: Phantom of Network (2004) and Rockman EXE: Legend of Network (2006) have remained virtually lost to time. Not only were these games exclusive to Japan, but they could only be played on mobile phones. Very old, very *specific* "dumb phones" that -- to make this equation all the more sweeter -- had to be subscribed to the now-defunct i-Mode internet service.

What's more, Phantom of Network and Legend of Network were discontinued some time ago. Even if you lived in Japan and somehow had one of those old phones, you can't just download these games willy-nilly. They're de-listed. Gone. There is no way to download them in the year 2021.

Despite all that, however, we have long searched for a phone that has either Phantom of Network or Legend of Network installed. The chances of finding a phone with both games installed? Hah. Don't ask. But we persisted! In the name of preservation, we persisted....

... aaaand after years of sifting and searching through old, battered Japanese phones -- years of failed negotiations -- we have, at long last, acquired BOTH Phantom of Network and Legend of Network! And now the real work begins...

First off, here's some footage of both freshly-acquired games running:

So yeah. That's them; safe and sound. But what comes next?

Well, now it's a matter of safely extracting the games from their native hardware onto a modern day PC. That's not quite as easy at it sounds, unfortunately.

To that end, we need your help acquiring the necessary tech and tools to get these games on a PC. When that happens, we have every intention of not only researching and preserving Phantom of Network and Legend of Network.

I must stress that the extraction method is not 100% guaranteed. There is a risk that we may not be able to get the game data off the phone. But we have the games in-hand, the right people for the job lined up and a will of steel to try to make it happen.

This is the furthest our community has ever gotten to saving these games, people. Help where you can and... keep your fingers crossed!

UPDATE: Thanks for your support! We've got the hardware!

Posted by Protodude at 9:10 PM