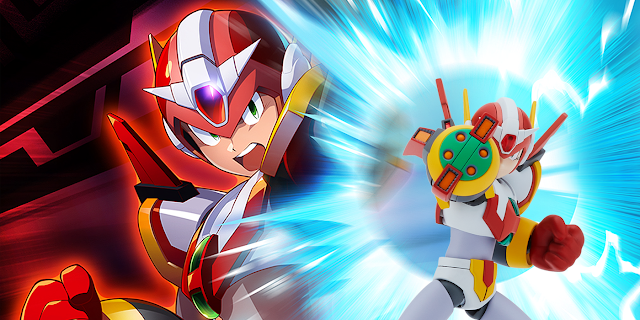 We got our first look at the model kit's paint job at the end of November and now, before year's ends, pre-orders are open in Japan. Find all the details after the break!

4th Armor X Rising Fire Version is due in Japan in June 2021 for 8580 Yen (around 68€ or $83). This will be the most expensive kit in the series so far. According to Kotobukiya, this is because the "model kit comes with the largest Plasma Charge Shot effect part in the Kotobukiya Rockman model kit series’ history." If that's enough to justify pricing it 1100 Yen more than the regular 4th Armor X, that's something we leave to your judgment.

The model kit comes with the following parts:

This model kit includes a slightly different version of the "smiling" face packed in the regular model. The original "smiling" face and the fire effects are not included. 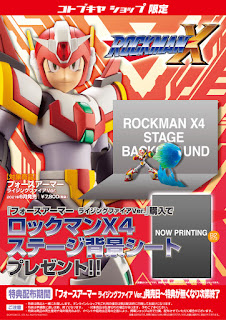 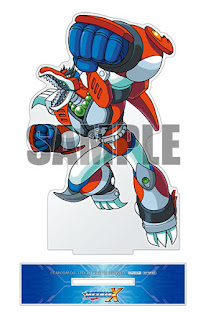 As always, Kotobukiya's Online Store is offering a B2 stage background sheet if you purchase the model kit there. Meanwhile, AmiAmi are offering a 25% discount or a 6% discount and a Magma Dragoon acrylic stand.
No word about the North American release at the time of writing this article. The regular model kit, though, will be released in February -- just a month behind the Japanese release. We can most likely expect the Rising Fire Ver. around July. We will keep you posted!
Posted by Reploid21XX at 10:16 AM