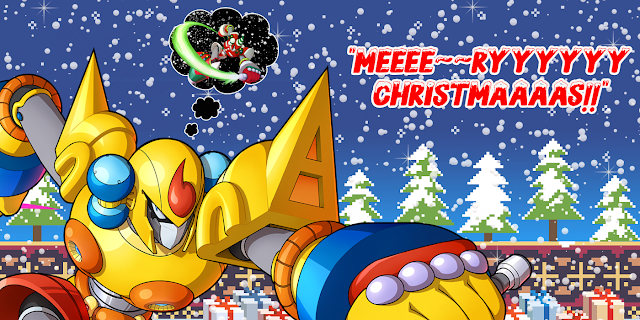 A few days ago we had a look at Rockman X DiVE's Christmas stage - "Christmas Leviathan" - and "Christmas Ferham". And today we have a look at the event's second playable character and the boss. Find all the details after the break! 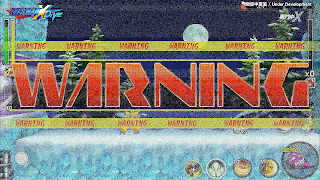 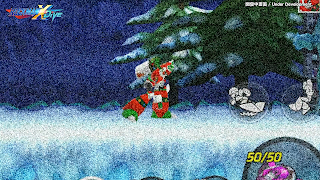 Capcom Taiwan published a small trailer for the Christmas event today where we can see Bit as a playable character for a brief moment. If you watched the most recent DiVE Time with the game's producer, Yoda Hideto, you already had a hint about Bit becoming the 3rd playable boss -- Bit's  memories where among the rewards for the Christmas event stage.
Bit will be an A rank character, obtainable via the Leviathan banner and, as mentioned above, via the event stage rewards list.
Furthermore, this trailer also revealed the boss of the event: Christmas Bit! The development team is embracing the meme to his fullest isn't it? 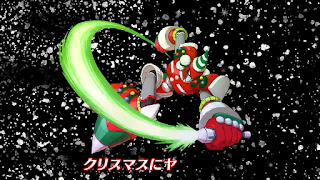 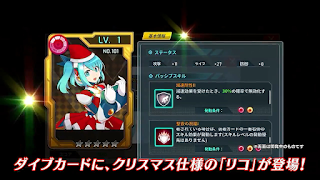 Capcom Japan also uploaded their own trailer for the event in which we can see the Christmas Bit design more clearly and card #101, an S rank card that you can get by playing the Christmas event stage.
Now, if you are not aware of the relationship between Bit and Christmas, here is a brief explanation. 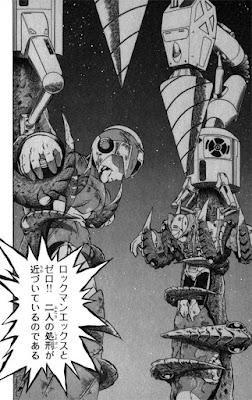 It originates from the Rockman X manga by Yoshihiro Iwamoto. To be more specific, though, it comes from chapter #12 of the Rockman X3 manga called "Comrade". By the end of chapter #11, X and Zero have been captured by Bit. They have been imprisoned with a big drill dangling above their heads, ready to pierce their helmets and execute them. The whole scene is pretty much a representation of Jesus Christ crucifixion and is being broadcasted to the whole world.
The next day happens to be Christmas Day. Before the execution takes place, Marty shows up to save X and Zero by delivering the four chips that will allow X to use the Third Armor. Unfortunately, she is bested by some dragon-like creatures guarding the execution place. 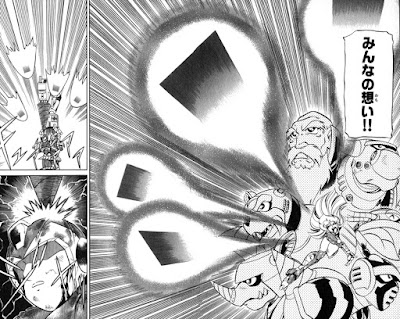 Just when the drill begins to pierce X's helmet, an injured Marty throws the chips at X, causing a big explosion. 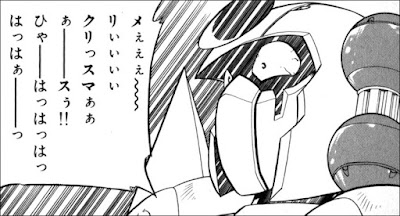 In that moment, Bit thinks the explosion is the result of the drill fully piercing X's helmet and he let's out a hysterical scream: "Meeee~~Ryyyyyy ChRiStMaAAAS!!"
When the dust settled, he found out the "messiah of the 22 century has arrived": Third Armor X.
This chapter is pretty much playing around with the fact December 25th is the day when the messiah was born (Jesus Christ) and the day planet Earth got a new messiah, Third Armor X. This has been a meme running among Japanese fans (also embraced by western fans) for more than two decades and with Iwamoto himself embracing it and making a special illustration each Christmas from 2005 to 2017 (excluding 2015).
Let us know what you think about this double dose of Bit for Rockman X DiVE's next week update below!
Posted by Reploid21XX at 5:44 PM