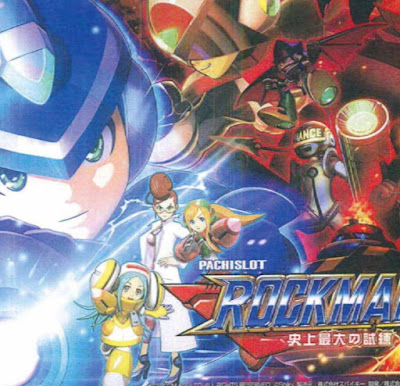 A Rockman pachislot game has been rumored for years and today it's come to fruition. Developed by Spiky (their site is a little on the NSFW-side), Rockman Ability is a pachislot machine that's slated to release this September exclusively in Japan.

Although that's the gist of the announcement, an individual under the name G3_777 – who is largely associated with amusement games  – managed to find and post some artwork from the game on Twitter. One of the images is above; the other can be seen here or after the jump below. 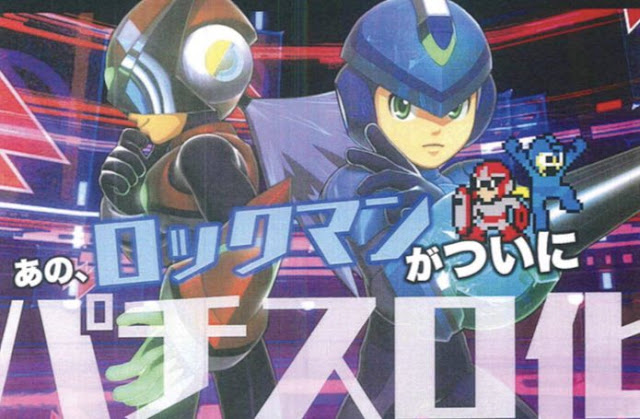 More news on Rockman Ability as it comes! Thanks to Reploid20XX for the tip!
Posted by Protodude at 10:46 AM