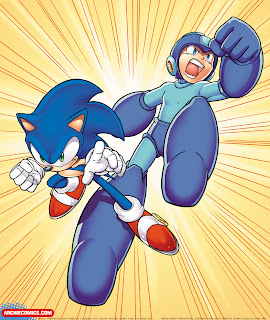 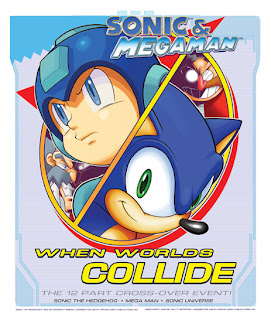 Well, this is it. Archie Comics have officially announced a twelve part crossover between Mega Man and Sonic the Hedgehog, coming in 2013.

"We've been gearing up for this for years. From the moment we had Mega Man at Archie, we knew we wanted to bring Sonic and the Blue Bomber together," says Archie's Paul Kaminski. It's a big budget movie featuring two of the most storied video game franchises. This has never happened before. We're making history here, and it's going to knock people for a loop. This is what comics are all about – drama, fun, action and tons of surprises. Fans will not be disappointed."

Later in the day, Kotaku plans on dropping more info during their "Panel Discussion programming block." In the meantime, Comic Book Resources has the entire press release from Archie Comics. Click the link to check it out.

All in all, exciting stuff. A twelve issue arc is a pretty big deal; it shows how much faith Archie has in this collaboration. I'm sure it will be a success.

Thanks to everyone who sent this in!
Posted by Protodude at 12:11 PM