Over at Rockman Unity, Ucchy recently had some time to check out the prototype packaging for the upcoming 25th anniversary "Rockcan" soundtrack collection. It's pretty big: 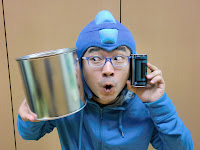 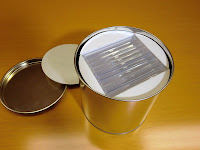 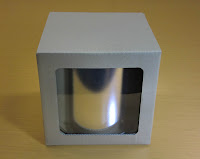 Additionally, Ucchy confirmed the collection will contain three tracks from the Sega Saturn version of Rockman 8. He's referring to the alternate Tengu Man stage, Cut Man's theme and Wood Man's theme. It's unclear, however, if the rest of the Rockman 8 tracks will continue to use the PlayStation version as their source.

The Rockcan soundtrack collection includes 10 discs of remastered music from Rockman 1 through Rockman 10. It's going to run for 14,700 Yen (roughly $185) and set to release in Japan on September 19th. Still no word if this one will make the jump to our side of the pond -- keep those fingers crossed!