Wizardly action PC game Magicka appears to be getting a little Mega Man flare in the near feature. Hiding within the files of the game's latest major patch (1.4.7.0: The Other Side of the Coin), reader Joseph Collins discovered a series of Robot Master themed robes: 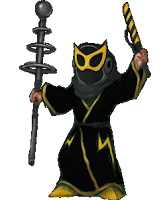 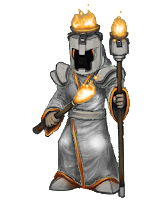 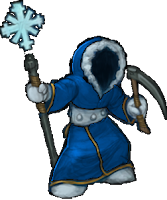 The resemblance is uncanny, really. From left to right: Elec Man (Electrobe), Fire Man (Robe of Flamos) and Ice Man (Rob of Colldar).

According to Collins' findings, these robes will be released in a future DLC pack called the "Villain Item Pack." Data-mining of the patch also reveals each robe's attributes, accessories and quotes. You can find the lowdown on all that here.

It remains to be seen if these robes are mere tributes on behalf of the game's designers, or some sort of unannounced cross promotion between Capcom and Arrowhead Game Studios, Magicka's developer. I suppose we'll find out eventually, but nevertheless, this one neat find!

More info here. Thanks for the tip, JC!
Posted by Protodude at 6:04 PM