Today I'm releasing something I've been meaning to let go for a while now. Say hello to Rockman X7: Trial Edition. 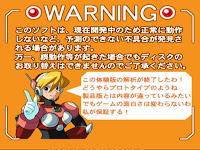 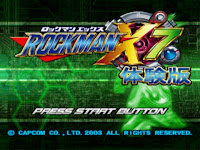 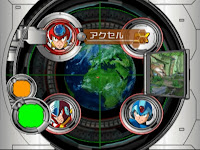 Trial Edition is (you guessed it) a demo of Rockman X7 for the PlayStation 2. It includes two playable stages: intro (Axl and Zero) and Deep Forest (Axl, Zero or X). The CD was obtained via private auction on behalf of my good friend Henger83. It was disturbed to select retailers in Japan for demonstration purposes a couple months before the game's release.

The demo represents a near final build, but it's sprinkled with some differences such as...


That's what I spotted, at least. Oh, and the demo is all around buggy, too. Collision feels off from time to time (worse than the final game), and for some inexplicable reason, the camera during the Mega Scorpio fight can't decide where to focus (EDIT: emulation glitch).

SuperMega233 recorded some footage, viewable here. Everything mentioned above (and then some) is highlighted. I haven't had the time to data mine for any hidden goodies like graphics and sounds, so I leave that in your hands.

Keep us posted if you happen to unearth anything interesting. Now, off to The Cutting Room Floor!
Posted by Protodude at 2:29 AM