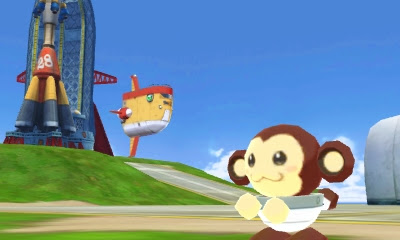 In addition to unveiling the "concept album" project, Get Me Off the Moon announced ambitious plans to create a rocket of their very own. A model rocket, mind you.

Yes, this is something very much in the works. And while it may not boast the technology needed to reach Mega Man Volnutt in deep space, the rocket will stand firm as one hell of a tribute to Mega Man Legends 3 and the franchise's 25th anniversary. You'll find a bit more about the project in this video here.

Want to get involved? If you'd like to help fund the rocket's development, donations are currently being accepted at gofundme here. There's prizes, people!

Thanks for the tip, Eugene!
Posted by Protodude at 3:00 AM