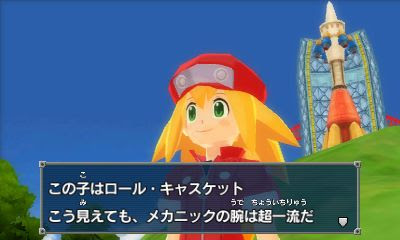 Thanks to the generous efforts of various community members, 100,000 Strong for Mega Man Legends 3 (aka Get Me Off the Moon) was able to fulfill their goal of $1000 to build a 3-foot-tall model rocket. Mind you, its eventual blast-off is entirely symbolic; a fun tribute to not only Legends 3, but the Mega Man franchise itself. We've got a 25th anniversary coming up, after all!

Now that the goal has been reached, 100K has a question for you: would you like to see a slightly taller rocket? The group is toying with the idea of building a 5-foot-model instead, which would require an additional $500.

Think it's worth the investment? Send your thoughts to 100K here.
Posted by Protodude at 1:44 PM