Want Sigma and the Ride Armor? Make Some Noise 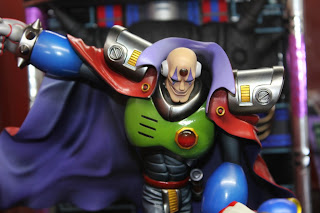 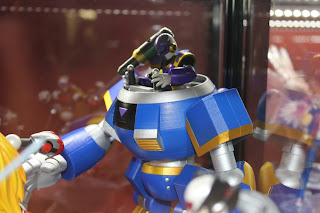 We saw three wonderful Mega Man X figures from Bandai's Comic-Con booth the other day: Black Zero, Sigma and Vile's Ride Armor. Top-notch stuff, to say the least. I think just about everyone wanted to grab Bandai by the shoulders and shout, "shut up and take my money!" right in their face.

Save for Black Zero, there was no real information posted about these figures. No price, no release date. Just a small window that said "for display only." Curious what this could really mean, Pixel Dan caught up with a Bandai representative. The truth is as follows:

"He explained that as of right now, both items are just prototypes. They are working on licensing for these, so they do hope to actually release them. But for now, they need to hear the fan response on these two items."


The response for both products has been pretty positive thus far. However, Bandai's probably going to need your continued support until Capcom gives them the old A-ok. Thankfully, you've got two great outlets to raise that voice of yours: Bluefin/Tamashii Nations' Facebook and Twitter.

Make your voice heard and you may just one day own a Sigma and Ride Armor of your very own!