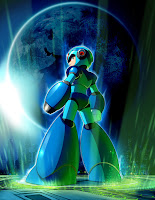 It took a little while, but NeoWiz has finally gotten around to answering another batch of Rockman Online questions.  Unfortunately, this part of the Q&A didn't have very much better info than the last, nor does it contain your questions we collected. Eh, maybe next time.

In the meantime, our pal Amunshen strained the Q&A into a convenient summary of actual pertinent info:


A third Q&A post from NeoWiz is in the works, so hopefully they'll get around to the questions Amunshen collected. Hang tight!

Thanks for the translation, Amunshen!
Posted by Protodude at 11:58 AM