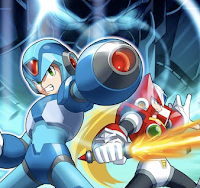 Rockman Online's quest to achieve vaporware status continues. First announced in the fall of 2010, RMO has remained in an intangible state with little-to-no information and footage since. We had hoped to catch up with the game at G-Star 2011, the largest gaming trade show in South Korea on November 10th -- but, well, the outlook isn't good.

NeoWiz has revealed their G-Star 2011 lineup, and Rockman Online is MIA.  Bless, EIN: Epicus Incognitus and an online shooter, Dizzel are all confirmed to appear at the show, respectively. The Korean blogosphere has little doubt NeoWiz will announce any more games, leaving Rockman Online perpetually in limbo.

NeoWiz have previously gone on record to state development continues, assuring fans that in spite of the news drought, the game survives. But words can only do so little for a fanbase currently disturbed by the cancellation of two games, Mega Man Universe and Mega Man Legends 3. With any luck, this is nothing more than a slight bump in the road. After all, we're still waiting on NeoWiz to answer your questions. That update might enlighten us in terms of where development stands currently.

All in all, I'd hate to see a third game bite the dust prematurely. I like to believe everything will turn out alright, but even my optimism has its limits. As they say: hope for the best, expect the worst

Thanks for the tip, Amunshen.
Posted by Protodude at 8:07 PM