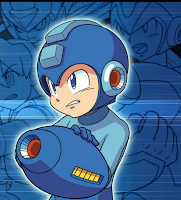 Look up the Mega Man franchise on any Wiki or press release and you'll find the series' lifetimes sales has been resting comfortably at 28 million units since 2008. However, that number has seen a *slight* bump in the last month or so.

Capcom's revised earnings indicate the franchise has sold roughly 29 million units worldwide as of September 30th, 2011, spanning across 129 games. Though not officially stated, we can assume the likes of Mega Man 9, MM10, Zero Collection, and even Operate Shooting Star contributed to this tiny bump -- all titles released within the 2008~2011 window.

With 29 million units under its belt, Mega Man remains one of Capcom's key tent-pole franchises, fleshing out the "Capcom three" alongside Street Fighter (31 million units) and Resident Evil (46 million units). Monster Hunter, however, is catching up fast (19 million). In another few years, there could be some competition for big blue's spot.

What the franchise could really use right now is a big seller. After all, we haven't had a platinum title since 2003's million selling Battle Network 4. It's certainly a long term goal I'd like to see come to fruition eventually. And you know, the series has the potential. Mega Man is an appealing character with a legacy to boot. All it's going to take is a top quality game that can thrive in today's market. It's a challenge, but if done right, we can achieve it.