Round Two Of Marvel Vs Capcom 3 DLC Voting Kicks Off 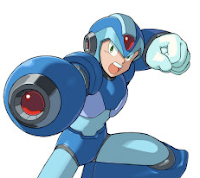 With the results of round one tallied, the second round for Marvel vs. Capcom 3 DLC has begun. Voting is now being limited to the top 25 most desired characters from both Capcom and Marvel.

Making the cut on the Mega Man front, the following characters:


If you're a registered member of Capcom Unity, you can vote up to three characters on each poll (Marvel/Capcom), until March 5th at midnight.

Please understand that the results of this poll may not necessarily affect the outcome of future DLC. This is a fan-lead effort, not endorsed by Capcom. Granted, Capcom is well aware of the poll and have gone on to say they are watching it closely, so it really couldn't hurt to participate.

That said, go off and vote!

Thanks, Major Tom.
Posted by Protodude at 10:28 PM