The Kotobukiya Zero won't be the only figure of the red crusader this year. Apparently, Bandai and Art Asylum are working on two different figures of their very own... 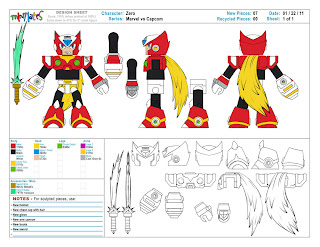 Above, design sheets for an upcoming Zero "Minimate" from Art Asylum. The figure is being produced as part of the company's Marvel Vs. Capcom 3 line, set to release within the year. Every character will be represented in the line, so a Tron figure is expected, too. 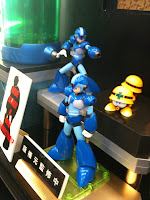 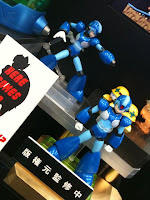 Rockman Unity's Ucchy-San Tweeted these two photos from Bandai's D-Arts booth, teasing the development of a Zero D-Arts action figure. No surprise here, but it's nice to see things shaping up (via The Mega Man Network).

Rest assured, we'll be hearing more D-Arts Zero news from our pal Adam Newman at Bandai in the new future.

Thanks for the tip, Michael!
Posted by Protodude at 3:12 PM