Retro Roto Re-releases Are Missing Something...

Jazwares Inc. showed off their planned re-release versions of the popular Retro Roto line of Mega Man figures earlier this week at the American International Toy Fair in New York, and although practically the same as those releases originally released in 2006, these new variants appear to be missing the famous "Build-a-Bot" parts: 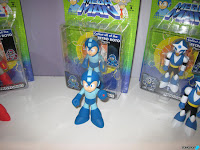 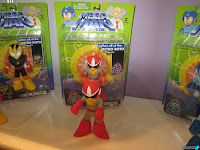 Originally, each Retro Roto contained Build-a-Bot parts that, when assembled, would create a solid blue, “Full Charged” Mega Man figure. The packaging for these re-release figures curiously lack any sort of 'Build-a-Bot' advertisement, which were prominent on the original figures' packaging (below):

I imagine the lack of B.A.B parts will increase the value of the original figures in the eyes of collectors...