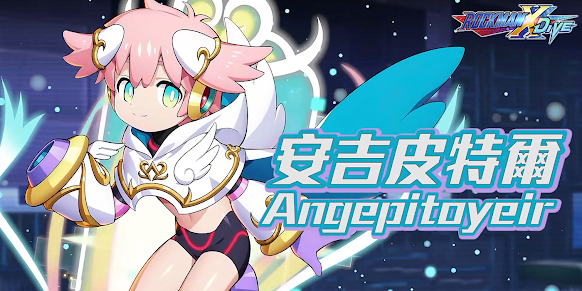 Original Rockman X DiVE character Angepitoyeir stepped out of the shadows during the "Host of Annihilation Droitclair" event back in January, and now he'll be playable starting this week. I don't believe his design will leave anyone indifferent.

Find all the details after the break.

Angie's first active skill is Rift Flash. It crashes forward, dealing damage to all enemies along its path. Hitting a target triggers a Space Rift to appear that continuously deals damage.

Angepitoyeir is the latest DiVE Festival character, and his capsule goes live this Wednesday through March 2nd.

If Droitclair's design was a departure from what we've come to expect from the series, I think it's safe to say Angie is even farther. Let us know what you think in the comments!