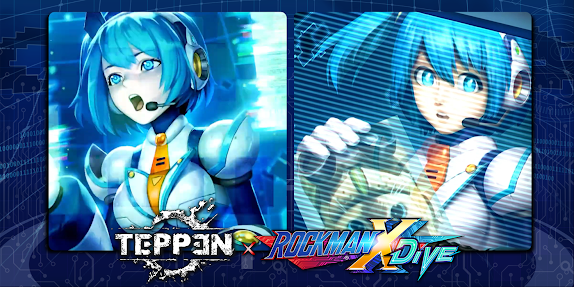 The final act of Teppen's "War of the Goddess" trilogy is due on March 1st and it brings a new card pack called "Defying the Light". As always, there's plenty of amazing artwork to look forward to. But this time is special. Rockman X DiVE's very own navigator, RiCO, is jumping from the Deep Log to the Land of Illusion! 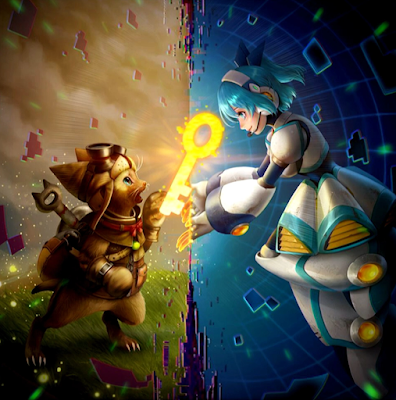 Following the official website preview of this new card pack published a few days ago, the news broke during today's Teppen Headline.

RiCO will join Teppen on March 1st in the form of at least two cards with another extra card expected to arrive in April (pictured above) when new supplemental cards will be released.

This marks the third time RiCO has appeared in a game outside of Rockman X DiVE. She first appeared as a playable character in Tower of Saviors and later was part of the crossover story in Shironeko Project. 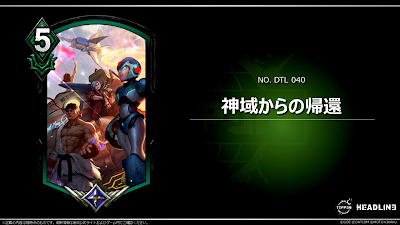 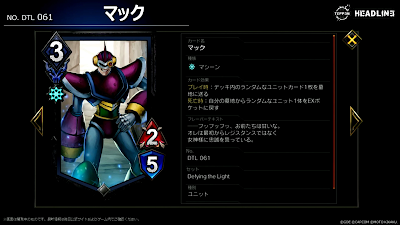 What's more? RiCO isn't the only thing Mega Man fans can look forward. Mac from Mega Man X3 will star in a few cards, X will wield Zero's Buster, and the modified Death Rogumer will fly the skies again, among other surprises.

As always, we'll bring you all the card artwork and flavor text when the time is right! Meanwhile, let us know what you think. Do you fancy X and Zero's Teppen designs will be playable in Rockman X DiVE one day?