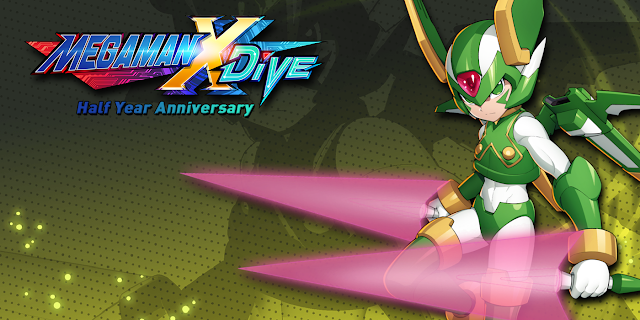 This week, the Global Version of Mega Man X DiVE is celebrating its "Half Year Anniversary". It's been six month since the North American server went online on August 2021. What's more, the European and LATAM servers are celebrating their 100-day anniversaries as well. To commemorate these milestones, the development team prepared something special for players.

As the game enters the second week of the Valentine's Day event, the Harpuia capsule sneaks it, bringing a daily free 10-pulls!

Harpuia's active skills are Triple Slash, an attack that swings both sabers to launch three energy waves, and Sonic Boom, a forward dash attack that damages all targets in its path.

The weapon that comes with Harpuia's capsule is the Falcon Ballista; a shotgun-type weapon based on Terra Condor's design from Mega Man Star Force 2. 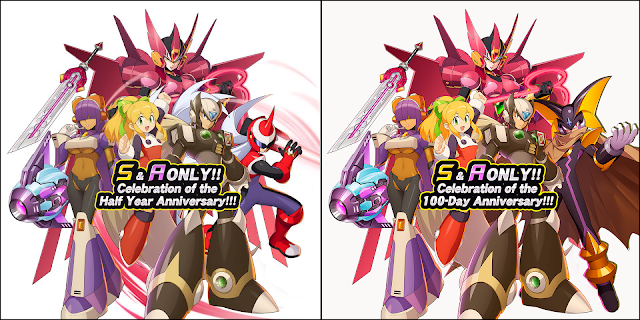 To celebrate the Half Year Anniversary and the 100-day Anniversary respectively, all servers are getting a special "S&A Only" capsule for a week. Players can pull three times from this capsule with their free EM (Non-paid), afterwards the capsule can only be activated with paid EM.
This is a great opportunity to increase your character and weapon patch reserves, seize this opportunity!
Posted by Reploid21XX at 10:20 PM