Behind Angepitoyeir's Design: An Interview with Ryuji Higurashi 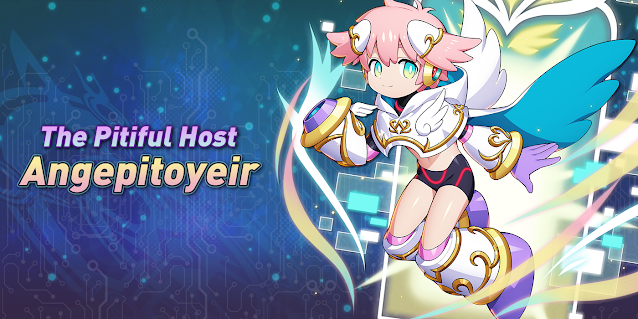 With Angepitoyeir due to drop on Rockman X DiVE tomorrow, the development team wasted no time to provide some insight behind the character's creation, motifs and more.
Find all the details after the break! 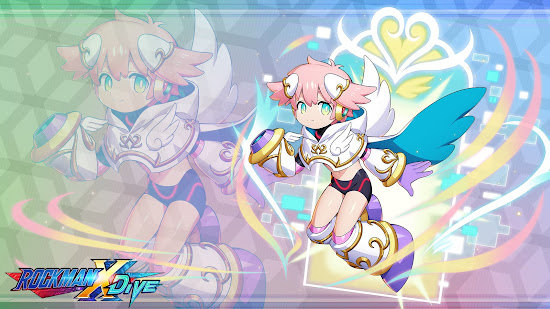 Via Twitter, Capcom Japan provided a five part Q&A with Angepitoyeir's designer Ryuji Higurashi. He's te designer for Droitclair and the character background, too. Many thanks to Windii Gitlord for the following translation! 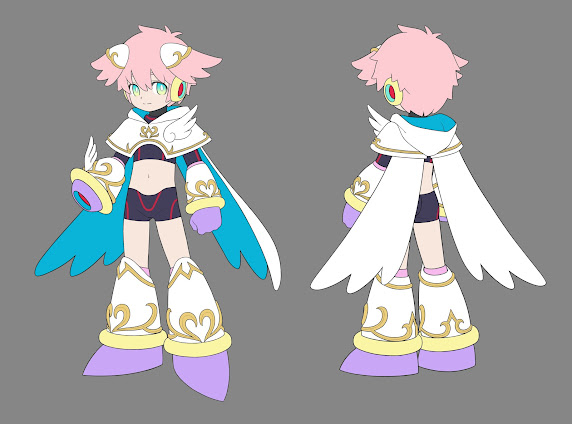 What was the concept of the design this time around?

The order was for a pure and cute boy, the complete opposite of Droitclair. So I used an angel motif to contrast with the little devil Droit, and the coloring was done in pastel tones.

Are there any points you would like us to pay attention to?

I wanted to give him a noble, angelic impression, so I added engravings in various places. It's hard to draw. I was torn between feeling sorry for the Taiwanese staff and thinking that it was okay since I wasn't going to draw it myself. 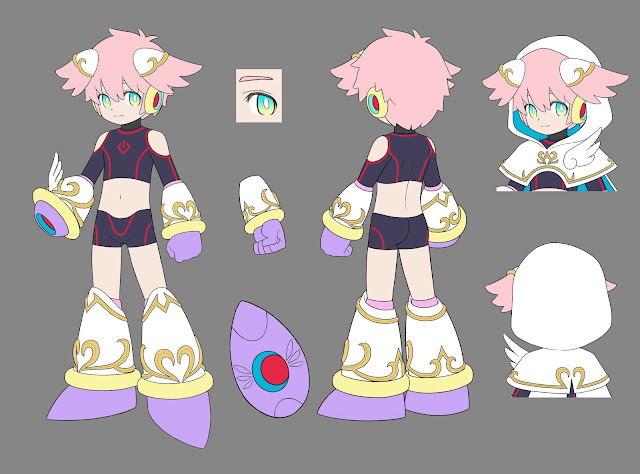 There aren't many child characters, so how did you incorporate him into the series?

When I think of child characters in the X series, Midi and Techno come to mind, but Ange is a character from the Deep Log. I think I was able to differentiate him by prioritizing an electronic feel rather than a robotic feel.

Are there any Rockman characters that you used as references?

Like Droit, I didn't use any existing Rockman character as a reference because I interpreted it as a request for something that hadn't been done before in the Rockman series. I designed the character without setting any rules except for the fact that he has large limbs. 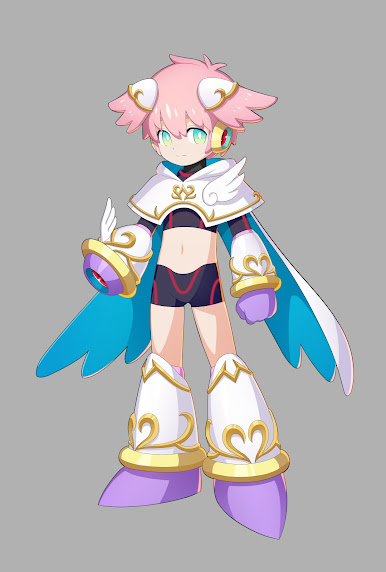 Please give everyone a message!

He's a difficult character to balance because, at first glance, he looks like he could be a girl but he's unmistakably a boy. When drawing illustrations of him, if you keep in mind that you have to keep him cute, you'll surely get it right. Thank you!

Angepitoyeir is one of the three alien siblings who came into existence due to a bug . He is the youngest of his siblings. The eldest sister is Erato; Droitclair is the middle child.

He's described as a "pure and innocent child" and always wants to play with the players without any "discrimination or prejudice." He hasn't had contact with anyone other than his  older sisters, so he thinks it's fun to interact with players.

Because he is so young, he doesn't understand why he was born or what his role is. He merely wants everyone to play nicely together. However, despite his feelings, Erato tries to force him to fulfill his true purpose by inciting his fear and anger.

If Angie believes his sisters are being taken away from him or that he's being erased, he will unconsciously unleash his hidden power; an unimaginable force a being with such a small body.

The way this "pure and innocent child" wields his power as if he were just playing, it stands to reason he may not be able to control this hidden power at all.

The poor child, tossed about by ignorance, is torn among Erato, the players' enemy, and Droitclair, who become the players' friend.

From Angepitoyeir's perspective, he is not fighting. He's playing. He has a destructive power that is unimaginable from his angelic appearance. His attacks, both long and short-range, are extremely powerful.

He has a buster in his hand, a dashing attack which deploys the feather-like part of his back, and a shield that emerges when he hides in his shell. He's not only good for attacks but also in defense.

Capcom Taiwan also gave us their take on Angie's background via their Facebook page which you can read below:

“Angepitoyeir”, a special existence who had never appeared before in MEGAMAN X series. As the youngest one of the three-sibling host of Sigma virus, he has two sisters who are respectively the second elder sister, “Droit”; and the elder sister, “Erato”.

Because he is the host of virus, Angepitoyeir has no choice but to be at the opposite end of the players; however, with his pure personality, he is interested in reaching out to others rather than being hostile.

As a host carrying a certain task, the elder sister couldn't bear the fact that Angepitoyeir also had the same "task"; and secretly hoped that her younger brother could escape the shackles of this "task".

When encounter the enemy, due to his simple personality, it isn’t like to battle so much as playing a game to him. Under the angelical appearance, he has not only destructive power but also outstanding defense.

“Angepitoyeir”, was still personally designed by “Ryuji Higurashi”. Based on Angepitoyeir’s innocent and naive personality, Ryuji designed him with a tone that is completely opposite to that of Droit that he took the image of an angel as the main design idea, with a similar carving design and using pastel tones to highlight his noble image; except for the design of his hands and feet, which still follow the consistent style of MEGAMAN series, the overall design still emphasizes the sense of computer.

And that's that for Angie. The final sibling, Erato, could be revealed very soon. Based on how fast they revealed and released Droitclair and Angie, it could be around the corner.