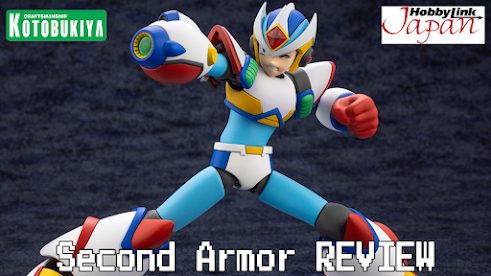 The time has finally come! Kotobukiya's newest kit in the Mega Man X line -- Second Armor from Mega Man X2 (and Xtreme 2) -- is here! After the break, I'll tell you what this kit is all about and why it's one of the most fun and interesting builds from the line yet.

The Second Armor is probably the most overlooked of X's original armors, as far as merchandise is concerned. That's why the sudden announcement of the Kotobukiya Second Armor kit was such a welcome shock. Did Kotobukiya stick the landing by making the greatest Second Armor merchandise in existence? I'd definitely say so!

This kit looks like it leapt straight from the concept art and onto your shelf. This is one you definitely don't want to miss. Let's get deeper into what makes it so good. 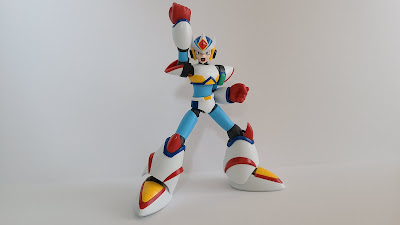 Unlike the normal X and the Premium Charge Ver. X, the Second Armor kit uses the newer arm joints first used with the Force (or Fourth) Armor kit. And what a world of difference it makes! Instead of having a very tight arm, this kit can swivel at the biceps with absolutely no problem. It's a huge improvement, and hopefully the standard going forward. With that being said, the Second Armor kit has the best and easiest poseability in the line so far. 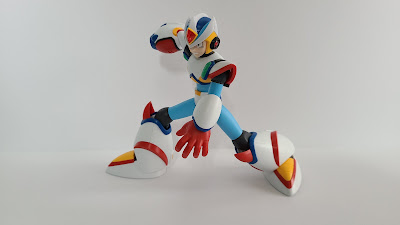 The Second Armor build process was more fun than I was expecting. While taking about as long as the previous kits, there were several new techniques that Kotobukiya used in developing the final product to appear more seamless. The way the shoulders and leg armor came together was very surprising, and turned out to be the most satisfying parts to put together. The parts used for the helmet "crown" and the bottoms of the feet are very slightly grey compared to the white of the rest of the armor. It looks really nice; a good compromise for the inconsistent colors of those parts in different pieces of official art. 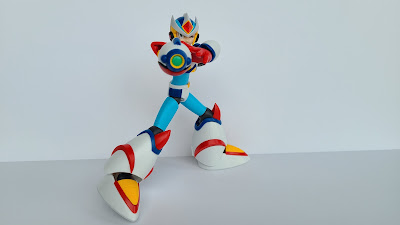 The accessories that come with the Second Armor kit are as follows: the usual neutral face, a front-facing yelling face, a brand new damaged/aiming face, the usual X hands (now in a snazzy red!), the Second Armor Buster, and to my absolute delight and amazement, Zero's X2 Z-Buster!

If you thought the Second Armor didn't get enough love already, the X2 Z-Buster is practically non-existent in terms of merchandise. This was a huge bonus! If you don't have a Zero kit, feat not -- the Z-Buster is also fully compatible with X! 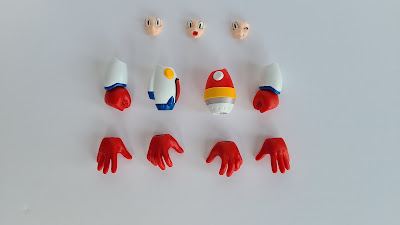 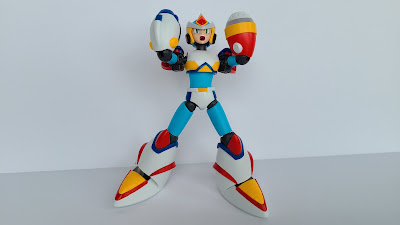 Speaking of compatibility, this kit is fully backwards compatible with the every previous X kit. In other words, you can once again use your sense and skill to make the ultimate X! You can even use the Rising Fire parts to create the Shoryuken! 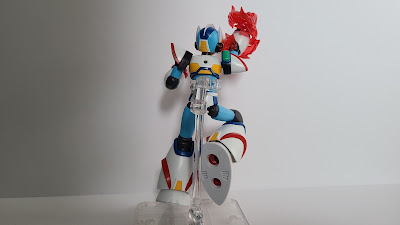 The only real complaint I've seen about this kit is that, like the Fourth Armor, the Buster gem is not a clear piece. Personally, I think it still works as-is. But it's a minor thing to be aware of. There are also minor details on the back that lack color, but that can be fixed with model kit paints if you want to go the extra mile.

Setting a few hours aside and using a good set of nippers will help this kit come to life. As always, please be very careful when using any sort of nippers or hobby knife. Take your time and enjoy the ride! Hopefully, we will hear some news for the next kit(s) from Kotobukiya very soon.

Be sure to check out the video below for more poses! This kit is available now from HobbyLink Japan. Be sure to use our affiliate links so they know that we sent ya!