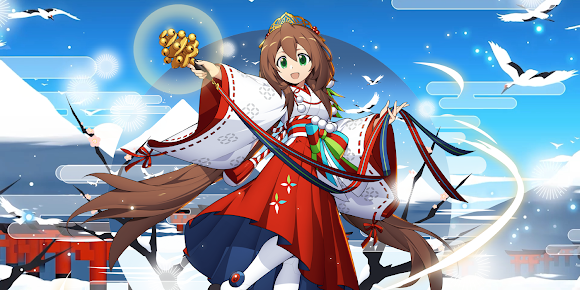 A new year is about to start and with it, the return of the "Auspicious of the New Year" event stage. What's more, on the heels of New Year Cinnamon, the first new playable character for 2022 is New Year Iris.

New Year Iris' first active skill is Demon-Breaking Arrow. It shoots an arrow that renders the enemy immobile. The skills card will allow the skill to remove buff or status enhancements.

Her second active skill is New Year's Dawn, which deals continuous damage and restores HP. The skills card will grant a chance to become immune to different status alignments.

The gacha banner and the rerun of the Auspicious of the New Year event stage will begin this Wednesday through January 5.