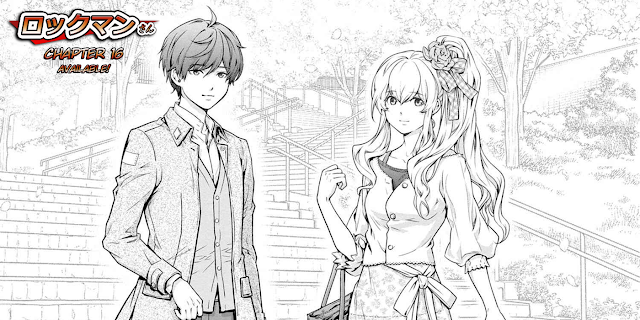 In Rockman-san's previous chapter, following their encounter in chapter 14, Rock and Guts Man returned to the lab to get repaired. Rock's body was heavily damaged -- so much so that there was no way to repair it, due to his body being made of hard-to-find, last generation parts.

The solution, our heroes deduced, was for Rock to get his old "battle body" back. The gang, including the secretary of defense, voted in favor. And after some reflection, Rock agreed too.

The latest chapter puts that plot in the backseat. Instead, we get to see a day in the life of Gyro Man, Drill Man and Burst Man! Hit up the link above to read the chapter!