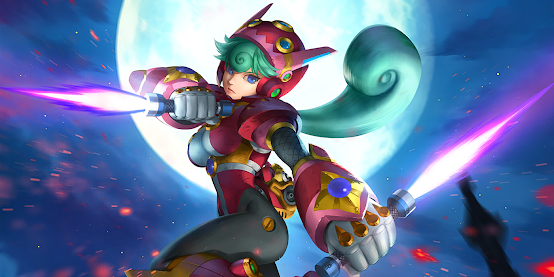 Marino recently appeared in a preview by the official Rockman Twitter account. However, she wasn't available for Teppen's last card pack Mission of Ruin when it was launched in early November.
Now with the release of new supplemental cards (they can be purchased from the in-game the store), she has finally arrived to the game, bringing along a few extra cards.

You can check out all the details after the break!

Card Name:
Shadow of the Goddess
No.
MOR 082
Flavor Text
The orb of light that appeared in the palm of his hand glowed brighter and brighter, waiting to be launched at its target. Its blast would blaze with the ardor of his ideals and guide the way to the Goddess's land of light.
Artist:
Francis Tneh 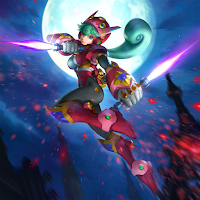 Card Name:
Solitary Ninja Marino
No.
MOR 083
Flavor Text
Dashing through the cover of darkness, she leapt into the sky. Silhouetted by the full moon, her lithe body and the flash of her blades made their mark on the night.
Artist:
Kriss Sison 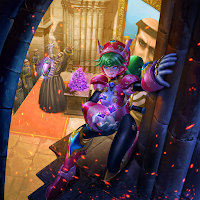 Card Name:
Dauntless Work
No.
MOR 084
Flavor Text
I won't let anyone take advantage of people's weaknesses. He says he wants to save people, but he drives them into a corner. He says he gives, but he only takes. If you want me to steal that false kindness, then steal it I will.
Artist:
Yu Cheng Hong

We will be back in 2022 with more Teppen coverage. Meanwhile, you can see all the art and flavor text of the Mega Man X cards released so far here!