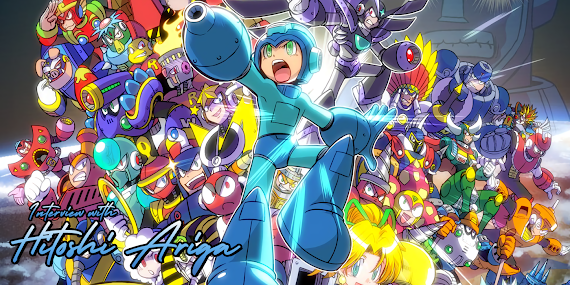 It's been in the works for quite some time, but we're pleased to bring you our second interview with Hitoshi Ariga! Our first, brief interview took place in 2020.

Ariga needs no introduction for long-time fans. To name a few of his franchise contributions, he's the man behind the Rockman Megamix and Gigamix manga, the character designer of Dynamo Man and Burner Man in Rockman & Forte and he was one of the main driving forces behind the R20 and R20+5 artbooks.

You can read the new interview translated by our friend Midori after the break! 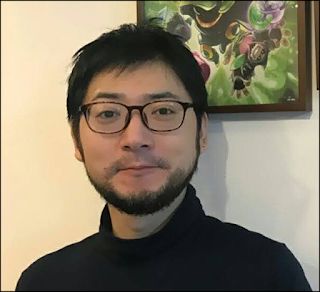 First of all, how are you doing during this pandemic?

I’m still drawing for work like always. Since school has been closed, we’ve probably been having conversations more often.

After the release of R20+5 Rockman & Rockman X Official Complete Works in 2012, did you have any discussions with Capcom about making new manga or to be involved with the franchise again?

During the run of Rockman Xover, Capcom reached out to me for an illustration for a Battle Memory. After that, there hasn’t been anything in particular. Instead, I’ve been doing work with UDON and dealers at Wonderfest.

You are known for your work in the Rockman Series and the Pokemon Series. While I'm sure both of them are close to your heart, which one would you say is the most fulfilling as an artist? Which one is your favorite?

There’s no way I can choose. I love all the series I work on. 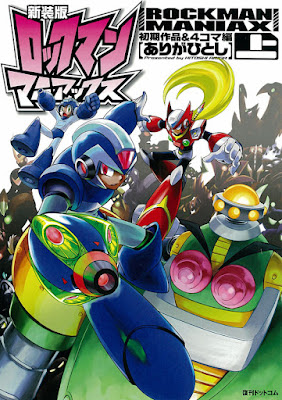 Rockman Maniax was never released in English. Was there ever any attempt to publish it in the west?

Unfortunately, the decision to create English adaptations is not up to me, so I can’t say if there was.

While you have drawn characters from all the Rockman Series, your manga work has been set mainly in the Classic Series. Did you ever have the desire or the chance to work in something other than the Classic Series at one time? Were there plans that never materialized?

As it’s work, I create manga for the classic Rockman series because it’s what’s requested. Besides that, I’ve written a manga for Rockman X (Rockman X Mega Mission, 1996). I was planning a Rockman DASH manga, but circumstances with the publisher didn’t work out.

You were involved in the creation of R20 and R20+5. How much material was not included in this books? How big is Capcom's archive when it comes to design documents, artwork and everything that is needed to create an artbook of this nature.

I assembled virtually all the materials that Capcom reviewed. As I’m not Capcom staff, I do not know anything about their archives. In some interviews, you have said that the "Megamix" story was cut halfway. Can you elaborate about what happened, and what was your original plan for the "Megamix" series?

I was writing “Rockman Megamix” for a children’s serialized comic called Comic BomBom, and I had already decided to make the Space Rulers story the final chapter, but after “The Strongest Enemy in History” (Copy Rockman story) was published, Comic BomBom decided not feature Rockman anymore so the story ended.

Following Gigamix, I beefed up the stories I had wanted to create (Battle & Chase, Space Rulers) over ten years later. I also added the story Asteroid Blues, but that was not part of the original Comic BomBom plan.

Other stories I planned but didn’t create include “Sniper Joe Story” and “Up-Side-Down Pyramid - Pharaohman Story”.

Aside from these, I put out the story “Rockman Nanomix” about Dustman on Twitter. I created this as a promotional comic to coincide with the Japanese release of Megamix, Gigamix, and Maniax as eBooks.

*You can read Rockman Nanomix in English here.

The Classic Series manga is associated with you and Ikehara-san. A lot of fans were surprised when Capcom announced that Ryo Takamisaki was doing a one-shot manga of Rockman 11. Were you surprised by this decision too?

I thought it was only natural that Takamisaki-san created the Rockman 11 manga because it was published by Corocoro Comic, who also published his Rockman EXE manga. Comic BomBom, which Ikehara-sensei and I wrote for, ceased publication a while back.

Did you have the chance to take a look at the new manga, Rockman-san/chan? If you so, what do you think of them?

I think they’re very interesting. As the latest manga adaptations from Capcom, I support them.

Although it may have been some time ago, what was it like when you first met Keiji Inafune? Were you nervous to be meeting (and working with) the man responsible for the games you love so much? Did you feel any pressure to "impress" him?

I was a game developer myself, so I thought of myself as a senior of the gaming industry. I could say and ask what I wanted, so I don’t think I was very nervous. If anything I was worse (less experienced) at creating manga than games, so back then I was more nervous and pressured about drawing well.

Have you ever considered releasing an artbook of all your Rockman works? You've illustrated many pieces that were used on trading cards, packaging and even Comic BomBom covers. Many of these pieces haven't been reprinted since their original publication. Is that feasible?

Rockman Megamix, Gigamix, and Maniax are packed with just about everything I’ve drawn of Rockman. So I can’t say I’ve thought much about an artbook. 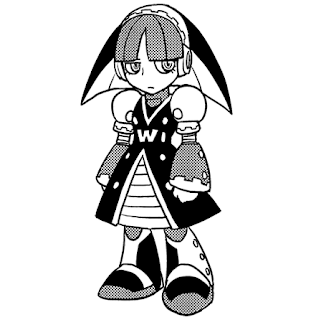 How did the idea for Piano come about? If another volume is ever greenlit would you want to tell her story in it? Are there any other original Robot Master ideas or characters you would have liked to have included in your stories, but never got the chance?

Being Forte’s little sister, I thought of her as someone to contrast with Forte and help the story move smoothly. Personally, I don’t like to give prominence to characters who aren’t from the games, so I don’t bring them back unless it would be necessary to the story.

A character who I wanted to do a lot with but didn’t get to do much was Junk Man. Given his nature, I could write a lot of serious stories pertaining to robots with him. However, focusing on just him would make the story too dark and depressing. It’s difficult striking the right balance.

How was the process for designing Burner Man & Dynamo Man? What was it like working with the other manga writers for that game? Were there any ideas that you considered but never made it?

Capcom suggested boss elements to each of the manga artists, so I chose fire and electricity. What I focused on most in the designs was the skin tone. At the time I felt like full masked face designs were more indicative of Rockman X, and that classic Rockman bosses had to have some visible skin parts.

I’ve posted the design process for them on Twitter in the past.

This may have been a long time ago but what was meeting A.K (Planner and character designer of the first Rockman game)?  Were there any of the original ideas for the Rockman series that truly surprised or inspired you when you interviewed him?

I was very nervous to meet him, and I was persuaded by his ways of thinking and creating. The conversation I had with him is included in Rockman Maniax as a long form interview. I’m sorry it’s not available in English.

*You can read the Ariga's interview with A.K in English here.

Lastly, do you have any words for your fans overseas?

Please gargle, wash your hands, take care of yourselves, and enjoy your games and manga!

Thank you very much for your time.