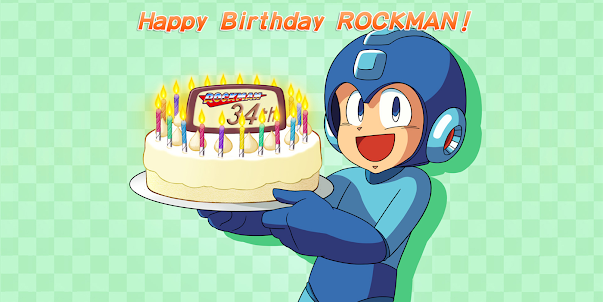 December 17 has come and gone in Japan. The Rockman series 34th anniversary and the Rockman X Series 28th anniversary celebrations are done and dusted. While nothing particularly big was announced (as expected), it's worth leaving a record of it.

This is a raffle of 5 lucky bags which will increase up to 10 depending on the number of retweets this tweet gets. You have to follow Rockman Unity and Rockman X DiVE's Japanese Twitter account to be eligible. Suffice to say this is only for residents in Japan.

The lucky bags come packed with all kind of goodies. There's some "not for sale" Rockman X DiVE items, autographed T-shirts by Captune and even rare goods made in Japan and abroad.

The icing on the cake is the three shikishi from Yūshi Kawata and Yukito, authors of the Rockman-chan & san manga. These will be randomly inserted in a few lucky bags. 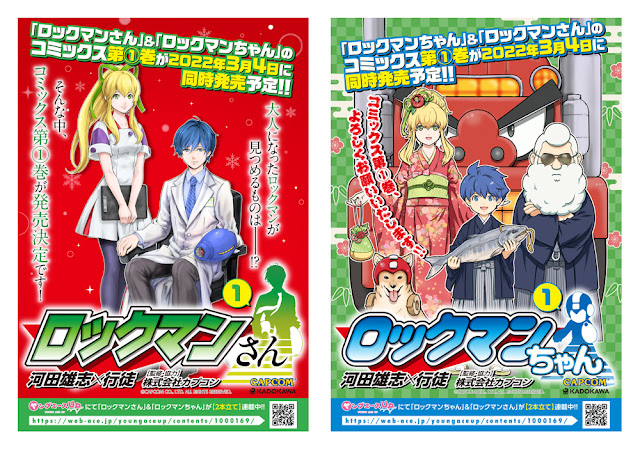 Rockman-chan and Rockman-san are jumping from the digital pages of Young Ace UP to a physical compilation with the releases on March 4th.
Both manga continue to be among the most popular series on Young Ace UP. Hopefully a western publisher picks them up! 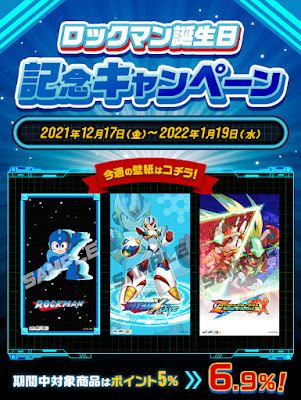 Next we have a special Rockman Birth Commemorative Camping at Capcom's online store. From today until January 19, the amount of points obtained for every purchase have been raised from 5% to 6.9%.
For costumers that purchase a selection of Rockman items, they will receive one of four new smartphone wallpapers. There will be a new wallpaper each week, so for those who want to collect all of them, you'll have to purchase something for four consecutive weeks.
Not very consumer friendly but we are not missing anything, you can check three of the four wallpapers in the image above.
And speaking of wallpapers, the Rockman Unity app will end service on December 21. If you have been around for awhile, you will remember the numerous wallpapers it distributed for a few years. 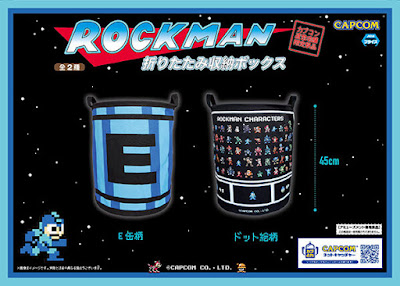 Starting December 22, two types of Rockman folding storage boxes will be available at Capcom's amusement centers, Capcom Cafe and online crane game service Capcom Net Catcher.
The folding bags measure 45cm and are water proof so you can even use them as a laundry bag!

Rockman X DiVE won't be sitting out on the festivities either. And while Capcom Taiwan and NebulaJoy are doing something on their side, Capcom Japan have something different planned for their version.
Right off the bat players will get the following:
From December 23 through January, players can get a "White Ticket" to activate the "Christmas White Capsule". Every ticket is worth 10 draws.
And several campaigns will be held for new players and inactive players that comeback to the game.
Hopefully the Taiwan version also gets the "Christmas White Capsule" 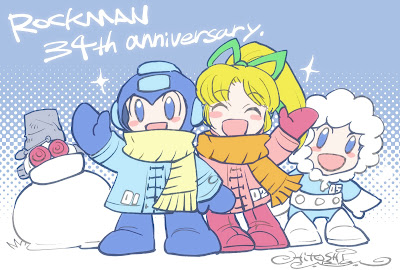 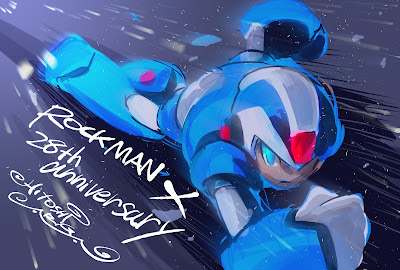