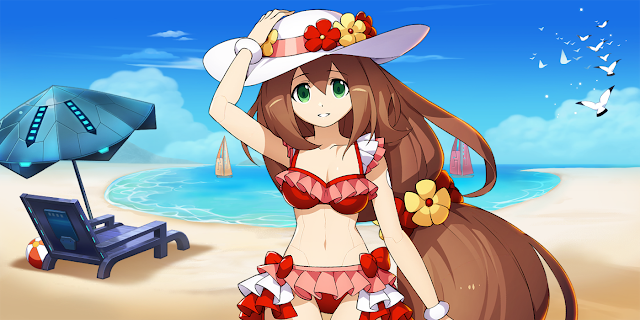 The final character with a summer-themed outfit has arrived: Iris. She will be joining Alia, Layer and Roll to enjoy the final week of the Summer Amusement Park event. Find all the details after the break!


First let's start with her "skills trailer" and all the info about her active skills, chips and passive skills. You will notice that the first active skill shown in the trailer is called "Water Shield". That's actually an error on behalf of the development team. The skill is actually called " Core Crystal".

Hurl a beach ball at the target to deal 96% damage. The ball will penetrate all targets along its path and after penetrating, damage will become 25%. The ball will rebound once when it comes into contact with the landscape.

Summon a core crystal to your side. The core crystal will automatically shoot out water jet in front of Iris and deal damage continuously to all targets in range. The water jet will disappear after 6 seconds.

Harden: Increase damage of the Beach Ball by 40% after penetration.

Cute Bathing Suit: When the weapon hits, it will weaken the target’s attack damage and reduce damage dealt by 3.33% can be stacked up to 6 stacks.

I won't lose…: When you hit a target with critical enhance, you will gain a shield that is capable of negating 75% of damage dealt to you.

Bouncy Ball: Increase the range and flight speed of Beach Ball by 40%; the ball will now bounce 3 times after it comes in contact with landscape.

Double Water Jets: When you summon a core crystal, an additional core crystal will appear under the target and unleash a water jet that shoots upward, causing damage to targets in range. The water jets will disappear after 3 seconds. 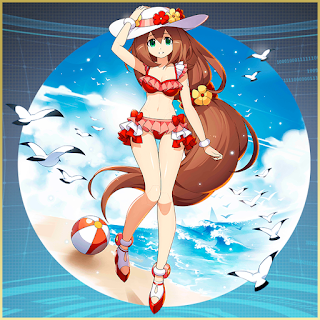 Iris will be available through today and until August 20 at 15:59 (UTC +8). This banner coincides with the Aqua Buster again, and it will let us draw a free 10 draw each day for the next 8 days.

Milestones and daily missions have been added to the "Summer Vacation for Lord of Snowy Plain" event. They included challenges like complete all difficulty levels of the event stage, play co-op 3 times every day, accumulate event points, conduct research and so on.

New levels have been added to the Jakob Orbital Elevator. Levels 41 to 45  for the normal and hard difficulties and  Levels 31 to 35 for the challenge mode. Nothing particularly interesting here, a fight against a double Goliath on level 45 with 75 lifebars each on the hard difficulty, not as hard as it sounds!

By finishing chapters 8, 9 and 10 of the story mode again we can get a nice haul of "Weapon EXP Programs" and "Weapon Memory Supply Boxes". Don't forget to complete all the stages before August 20 without using the DiVE function. 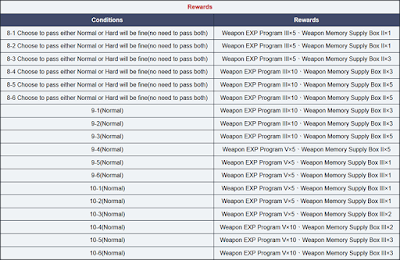 The following memories have been added to the store (Element Metal Purchase):


And lastly "Swimsuit Iris" has a skin that can be bought for 200 EM after you obtained her in the gacha. 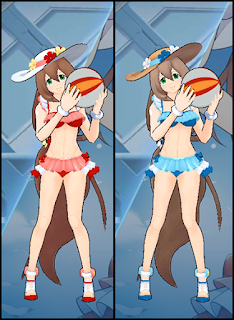 This is likely the end of the Summer Carnival; no more swimsuit characters will be released for the remaining weeks of August. The next time we see a new character appearing in the gacha will be a totally new character. One way or another, The Deep Log is always exciting!

All in all, I think it has been a pretty good event. Very generous, too, if you ask me. It started with the Vigor Coins that allowed us to purchase two S Rank characters for free. Today they delivered  5000 "Proficient Memory Cards"everyone's in-game e-mail, eight free 10 draws from the "Swimsuit Iris" gacha banner, and the usual rewards for participating in social media/in-game events.

Let's us know what you thought about the Summer Carnival event and what you hope to see next year!!
Posted by Reploid21XX at 7:40 PM