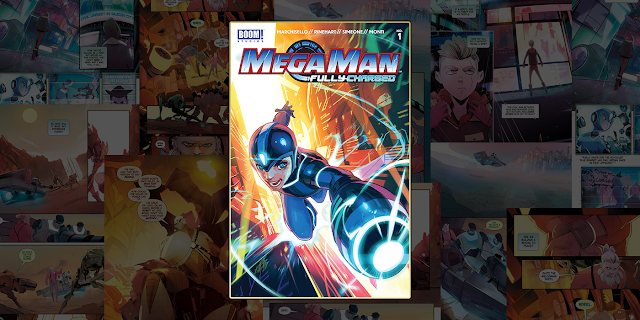 Mega Man's return to U.S comics is off to a mighty start.

Less than a week after hitting newsstands, Bloody Disgusting reports that Mega Man Fully Charged issue #1 has become the highest selling comic launch in the franchise's history with a cool 30,009 copies. By comparison, Archie's Mega Man #1 debuted with 12,586 copies in 2011.

"I'm hearing that the first issue has sold out the day of on-sale despite a healthy overprint," writes Blood Disgusting's Rich Johnston. "No doubt a second printing is imminent." Indeed, a reprint featuring brand-new cover art is due on September 23.

The success of Fully Charged #1 is drawing comparisons to the Boom Studios' highly successfully Mighty Morphin Power Rangers. Expectations for MMPR were low... but the first issue surprised everyone by outselling literally every comic published by Marvel in 2016. The rest is history.

While it's still a little too early to call it, if these numbers remain consistent, Mega Man may have a bright future at Boom Studios. Mega Man Fully Charged is expected to run for six issues... but after that, who knows?