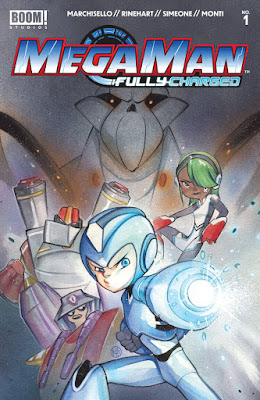 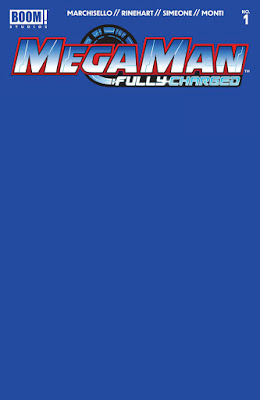 By way of Scorpion Comics, we have a lovely cover by Peach Momoko (Marvel, DC IDW) and a plain 'ol blank blue cover variant. Momoko's cover offers some clues at who we might see in the first issue: Skull Man (intended to be the comic's secondary antagonist), Guts Man, Blasto Woman and fan-favorite rival Chaotique. These particular variants appear to be exclusive to Scoprion Comics for the time being.