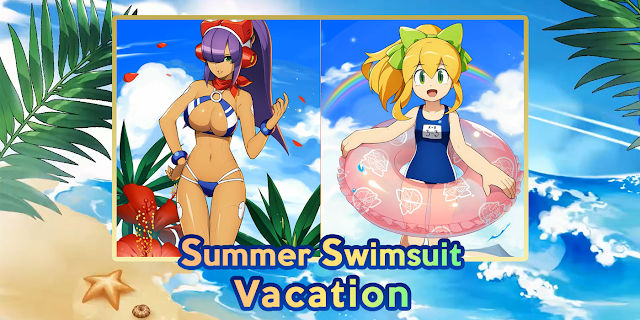 Roll was teased a few days ago and we saw Layer's icon in yesterdays preview fort the "Summer Vacation for Lord of Snowy Plain" stage event. And today, the development team has released a new trailer showcasing both characters' skills in action.

Watch the trailer after the break!

Roll comes equipped with the "Water Shield", a shield that can protect her from enemy damage and deal damage as well. It looks like it could even be better than Ferham's "Crimson Shadow".

Her second skill is the "Swim Ring Hurl." Roll tosses her swim ring and it travels across the ground, damaging enemies in its path. After penetrating a target, the damage will be reduced to 50%. 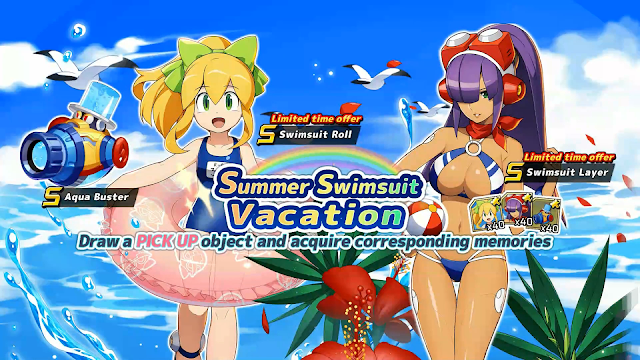 The trailer also featured the latest gacha banner, too. Both characters as expected to be limited and they will share the banner with the Aqua Buster, a weapon based on none other than Aqua Man from Rockman 8.