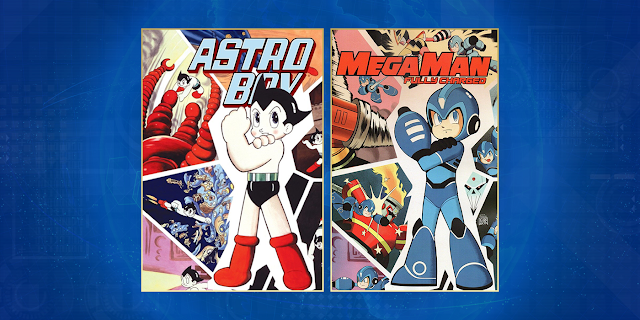 Issue #1 of the Mega Man Fully Charged comic book is already on sale but we're not done talking about variant covers. There's one more!

Out of nowhere, a new variant cover by Jordan Gibson has appeared. It's an homage to Osamu Tezuka's Astro Boy manga. This Astro Boy cover art can be found on the Japanese and International release of volume 13 of the manga and the fourth omnibus published by Dark Horse in North America in 2016.

As you might know, Keiji Inafune has declared many times that Astro Boy was one of the influences when designing Mega Man. Here's an old but relevant quote:

Nintendo Power: Where did you get your inspiration when you were originally creating the characters of Mega Man?

Keiji Inafune: A lot of it, I think, came from my influences from Japanese anime. Growing up, I drew pictures all my life. I was an artist. For instance, Osamu Tezuka's Astro Boy, or Tetsuwan Atom-that was a big influence. [I was] just picking all the things I liked about Japanese anime and putting that into a single character." 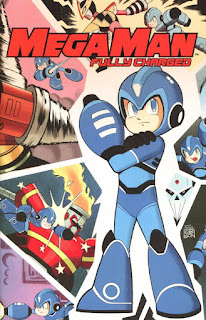 While there is not much else known about this variant, it looks like it's called a "Thank You Variant." These are variants shipped to comic book stores as a "one per store" according to the information on top of the comic barcode.

This variant is already a nice collectible, but it could be also very limited. If you want to add it to your collection before prices skyrocket, you might want to check with your local comic book retailer ASAP!
Posted by Reploid21XX at 6:25 PM