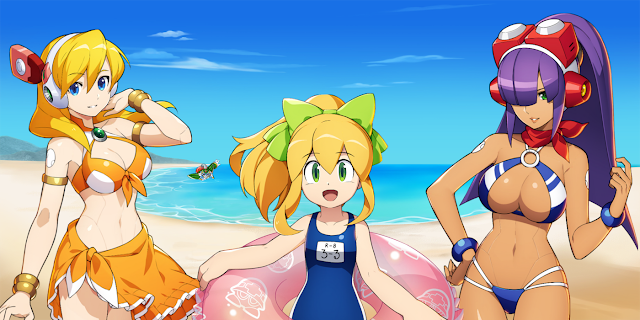 The main event of Rockman X DiVE's "Summer Carnival" is here. Two new characters, a free skin, a new level and much much more are now available! You can find all the details after the break!

The new characters are Swimsuit Layer and Swimsuit Roll. Both are limited characters, only  available via the gacha mechanic starting today and until August 20 at 15:59 (UTC+8). This banner also introduces the Aqua Buster based on Aqua Man's design. 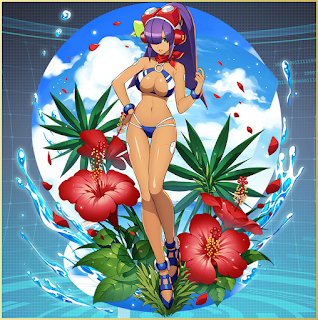 Perform a forward dash and damage all targets along the path by 200%. After using F-Splasher for 3 times, the next F-splasher you perform will deal 20% damage, with increased dash speed and range.

Forcefully slice a target in range as if it's a water melon to damage the target and make it immobile. After performing it three times, the next Water Melon Slice will deal additional 14.46% damage and cause the target to be immobile for longer duration.

Show Time: The damage taken during the F-Splasher is halved.

Sexy Bathing Suit: When landing a weapon hit, there is a chance to gain Enhanced CRI and increase CRIR by 14.4%. It can be stacked with Show Yourself up to 10 levels.

Melee Mastery: Increase damage by 20%  when equipping a melee weapon.

Show Yourself: When you use any skill, you will gain Enhanced CRI and increase CRIR by 14.4% damage. It can stacked up to 10 levels and can be stacked up with Allure of Bathing Suit. 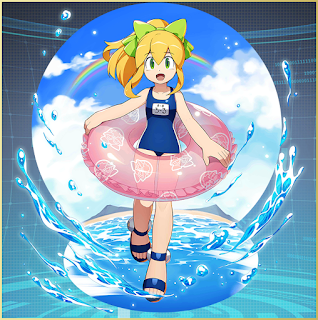 Hurl a swim ring that will travel across the ground and damage targets in its path, dealing 216% damage; when it penetrates a target, its damage will be reduced to 50%.

Obtain a shield that can withstand 113.33% of damage and continuously deal 102% damage to targets that come into contact with it.

Cool Trick: When being hit, there is a chance to gain Enhanced DEF to reduce damage taken by 8.33%, which can be stacked up to 3 stacks.

Preemptive Deployment: When being hit, the skill will 100% trigger Cool Trick. 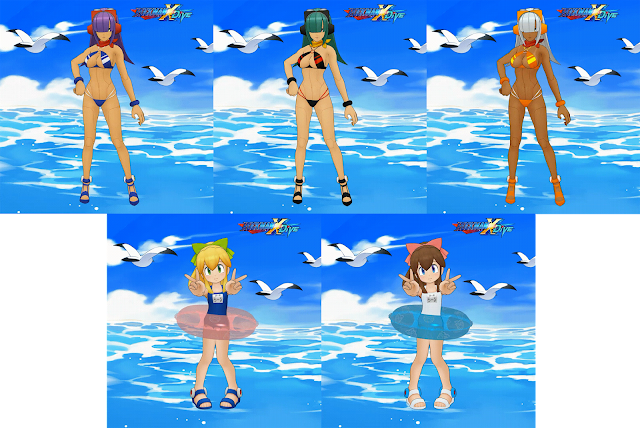 When it comes to skins, as mentioned in previous posts, you can get Alia's summer skin for free by playing the "Summer Vacation for Lord of Snowy Plain" stage event. She cost 5000 points which is relatively easy to get.

The development team also surprised announced this morning that Swimsuit Layer will receive two alternative skins and a single new one for Swimsuit Roll. They are already available in the game and each cost 200EM.

The "Summer Vacation for Lord of Snowy Plain" starts today and last until August 20 at 15:59 (UTC+8)


The event stage takes place in a special version of the Area H stage emulating a summer amusement park with Mettaur Gigant as the mid-boss and Chill Penguin with a watermelon themed armor as the final boss.


It's a really well done stage with tons of unique elements, including surf boards you can ride! Just like in the previous events, this one has an online ranking and a copious list of rewards to exchange for the points acquired from playing the stage with 220 EM and Alia's skin as the best rewards.

Below you can see the best weapons and characters to use in the stage. 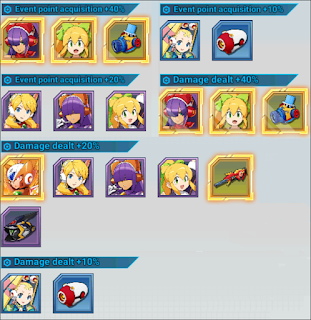 When the poll reaches a specific number of votes, players that left their ID in the Facebook post will get the following:

Among all the participant a few will be chosen to receive the following rewards:

On top of this they will be holding another reward campaign on Twitter. When the Swimsuit Roll and Swimsuit Layer tweets go up tomorrow, if they reach 1200 retweets each, players will get Elemental Metal Supply Box x4, two for each "girl tweet."

The time frame is the same as the FB campaign. The rewards will be sent to your in-game mailbox before August 18 at 23:59 (UTC+8).

The level cap has been raised to 100, which means we can finally fully upgrade the Backup System and level up even further our weapons, armor and chips.

A new story chapter has been added too: Chapter 10 Volcano from Rockman X4. Here you will fight Magma Dragoon, the leader of the Maverick Hunters 14th special unit. And chapter 8 of the story mode is available to play in hard mode too.

Bio Laboratory has been added as the eight stage for co-op mode, difficulty 6 of the events Zenny and DiVE Trigger enhancement plus two new bosses for Boss Challenge has been added too; Toxic Seahorse (level 90) & Bospider (level 95) from X1.

Finally, rank match Season 5 just started and new items have been added to store. For the full content notes you can go here.
Posted by Reploid21XX at 9:36 AM