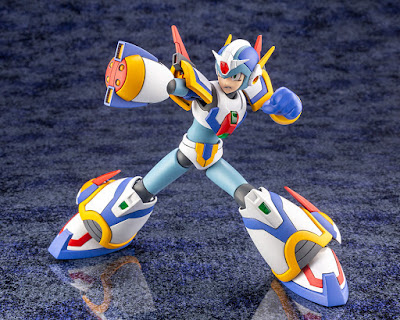 Today, Kotobukiya have begun accepting pre-orders for the Fourth Armor X model kit (or as their U.S site calls it, the "Force Armor"). At this moment, pre-orders are only available directly from Kotobukiya. Folks who order from Kotobukiya will receive a bonus backdrop display depicting the final battle with Sigma in Mega Man X4.

Pre-orders from Big Bad Toystore, Amazon, Ami Ami and more old reliables should follow suit soon. (UPDATE: up on Ami Ami, Hobby Link Japan) In the meantime, we've got PLENTY of new images to ogle at. Check 'em out in the link above or below! 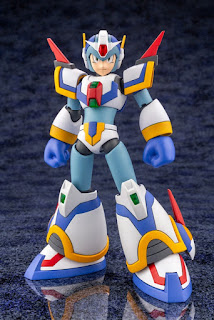 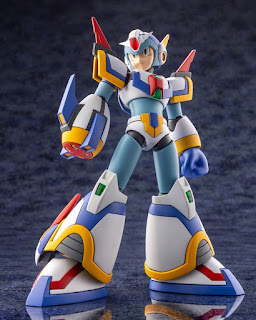 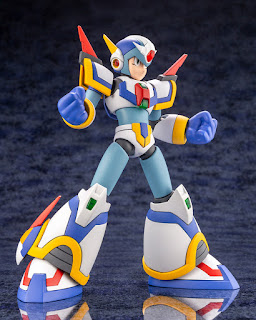 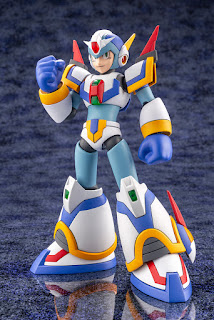 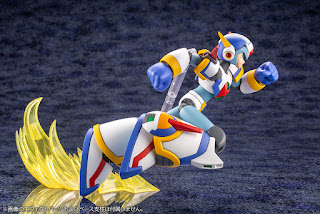 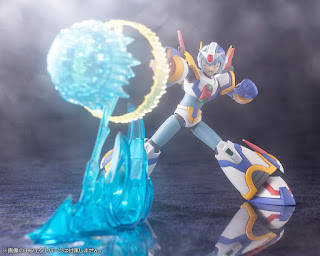 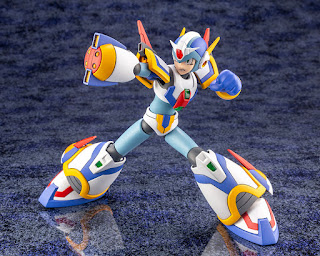 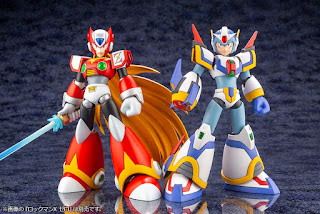 With over 35 million copies sold, the Mega Man franchise is a beloved video game franchise loved by fans of all generations throughout the world. Beloved by fans for their fast-paced action and deep storytelling, the Mega Man X series became a core brand within the franchise. Now, from Mega Man X4, the protagonist X appears wearing the full “Force Armor” and joins Kotobukiya’s plastic model lineup for the first time after over 20 years.

The exact proportions are faithfully recreated based on the character’s appearance in the series, and thanks to the technology of CAD engineering that allows a wide range of impressive articulation, users are able to recreate Zero’s many poses from the game.
Different color schemes are used for each of the parts down to the smallest detail, so when assembled, the “Force Armor” will appear as shown in the game.

A new smiling face part that illustrates X’s kindness will be included with this model kit. Each part is compatible with the first X plastic model kit, and by exchanging each part with the separately sold X, users can recreate each stage in the game and display Force Armor prior to its full assembly. Fans can also recreate various other scenes in Mega Man X4 by using its many customizable parts like the hand parts, X’s signature X-Buster, and three different face parts.


Check back for additonal pre-order links soon!
Posted by Protodude at 9:58 PM