Capcom Has a Plan for the Classic-to-X Series Gap. But They're Not Saying. 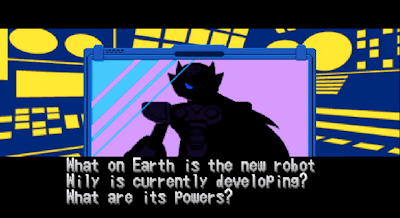 A considerable amount of time has passed between the classic series and Mega Man X. So much time, in fact, we've amassed two decades worth of speculation and crazy theories about what transpired. Our quest for knowledge is totally justified; after all, it's Capcom who's being coy. They've yet to unravel the mystery behind the gap, let alone the fates of the classic series cast.

Well it turns out Capcom has, more or less, some semblance on what goes on in the interim. The bad news is we won't be seeing (or hearing) about it anytime soon.

Recently, #20 of The Reploid Research Lavatory has translated portions of The Answer: a section in R20+5 where 10 representatives of Capcom and Inti Creates answer 50 burning questions from fans. Among topics discussed, the gap:


Q02: Why aren’t the robots from the original Rockman time period still around in the Rockman X time period? Especially since there are some robots with only minor changes.

CAPCOM: When you consider that state of the art mobile phones become obsolete in less than a decade, you can imagine how after 100 years you wouldn’t expect to see too many old models still remaining. There are indeed a few Metalls and Battons and such still around albeit with minor changes, so perhaps that’s because their designs are so enduring?

CAPCOM: Of course there is such an outline, but don’t expect an official announcement of it. Players have always enjoyed using their imaginations to come up with their own conclusions, and we wouldn’t want to take that away from them…

In other words, Capcom has a plan. They just don't intend to share it because, well, that'd take away the fun of speculation. And you know what? I'm perfectly content with that answer. I enjoy observing the classic and X series as two separate, yet related entities. I take comfort in the possibility of endless classic adventures. A definitive end is nowhere near as appealing as some make it out to be. So yeah; I like it vague.

But that's just me. Many of you guys really want to know what happened. I get that. Capcom says they won't tell all right now, but who's to say they won't turn around and change their minds? Didn't Nintendo say the exact same thing about the Zelda timeline? Look how that turned out. We now have ourselves an official (albeit debatable) timeline!

For more interesting factoids from The Answer, swing on by the Reploid Research Lavatory!
Posted by Protodude at 2:00 PM