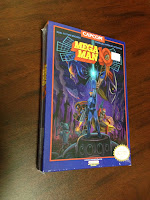 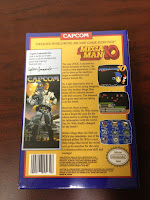 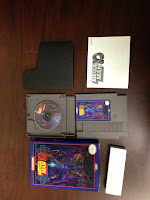 For one reason or another, Capcom never produced a follow up to the highly coveted Mega Man 9 press kit. A Mega Man 10 press kit would've been pretty cool, wouldn't you say? Well a one millerjm2 thought so, and took it upon himself to make his very own.

Inside the professionally printed NES packaging, you'll find a 20-page game manual and a split-open cartridge case intended to house the game's soundtrack. The soundtrack itself is not included (reason being so you can throw together your own mix on CD), but you'll find a suggested track list inside the manual.

For the time being, millerjm2 is all sold out of kits. However, there's a growing waiting list on the Nintendo Age forums. If you want one might as well get your name in asap. Mind you, it takes a significant amount of time and effort to produce just one kit. The creator ultimately has the final say on how many will be produced for a second run. But even if you can't score one, you've got the photos to admire. This is a fine piece of work!

Source: Nintendo Age
Posted by Protodude at 11:16 AM