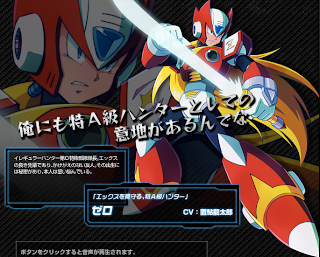 The official Project X Zone website went live earlier today. Content-wise... well, there still isn't too much to do. However, the "Entry Title" section contains some voice samples of the game's characters including X and Zero (get a load of that artwork!).

Really, not much else to say about PXZ right now. We're still waiting on that trailer, supposedly due out later this month. Fingers crossed for some nice X and Zero action!

Thanks to everyone who sent this in.
Posted by Protodude at 9:37 AM