So, Street Fighter X Tekken has been out for a little while now. The dust has (mostly) settled on the presence of old man Mega. Ultimately, we can all agree he's a strange one. But what if I told you the both Mega Man and Roll could have ended up a lot stranger? 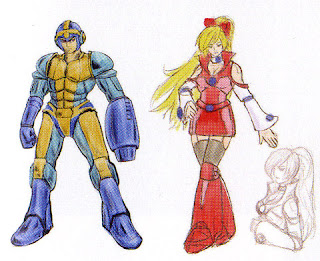 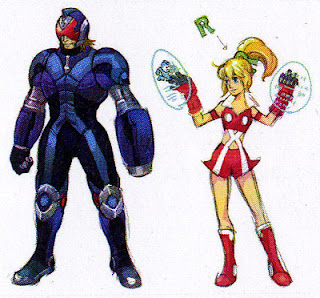 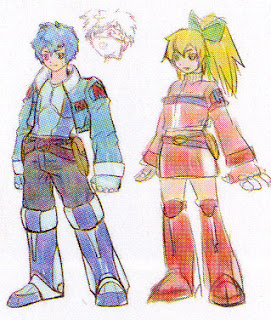 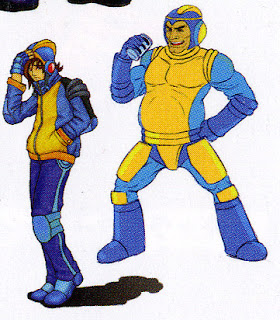 The above concept art comes from the Street Fighter X Tekken Artworks book, which details the the old guy's development process. A number of different styles were considered before Capcom settled on the design we all know and despise love. For example, the second from the top image pools design elements from the Mega Man Star Force series.

There's a lot more unused designs to be seen -- some crazy wild, others downright cool. You'll find them all at The Mega Man Network.
Posted by Protodude at 11:25 AM